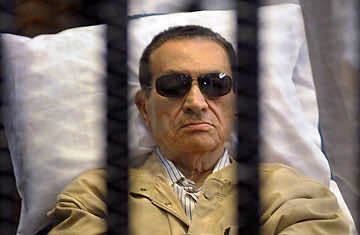 Egypt’s Court of Cassation on Sunday accepted an appeal against the life sentence handed down to former president Hosni
Mubarak for his involvement in the deaths of protesters in 2011 and ordered a retrial.

Mubarak, his two sons Alaa and Gamal, his former interior minister and top security chiefs will now face a new trial, the court said after a very brief hearing.

The ruling was met with cries of “Long live justice!” by Mubarak supporters who held up the former strongman’s picture and hugged each other in the courtroom, with dozens more outside shouting “We love you, president!”

Mubarak, his sons and former interior minister Habib al-Adly will remain in jail, however, as they still face separate cases.