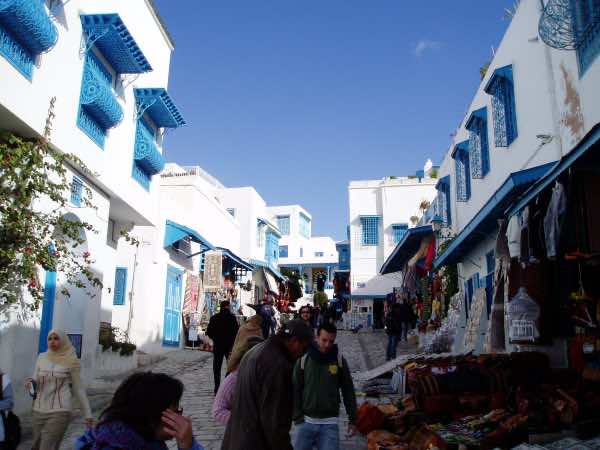 The mausoleum in Sidi Bou Said, a prime Tunisian tourism destination, has been ravaged by fire in what is thought to
have been an arson attack which the presidency on Sunday denounced as a criminal act.

“This crime against our culture and history must not go unpunished,” a presidency statement said, urging police to “spare no efforts in arresting then criminals” who set alight the mausoleum on the outskirts of Tunis on Saturday.

Interior ministry spokesman Khaled Tarrouche told AFP that an investigation was under way to “determine whether it was an accident or an indictable offence.”

Several shrines dedicated to Muslim saints have been torched or looted in recent months in Tunisia, in acts blamed on hardline Salafists whose radical version of Sunni Islam does not tolerate saints or shrines.

A group of Salafists was arrested in early December after a similar blaze at the Sufi shrine of Zaouia Saida Manoubia in Tunis.

Salafists, whose numbers in Tunisia are estimated at between 3,000 and 10,000 people, are accused of organising a series of violent attacks since the revolution ousted dictator Zine El Abidine Ben Ali two years ago.

They are suspected of masterminding September 14 attacks on the US embassy in Tunis to protest against an anti-Islam film produced in the United States. Four assailants were killed in clashes with security forces.

The hilltop village of Sidi Bou Said, named after the mausoleum, on the outskirts of Tunis is a popular tourist destination known for its narrow streets and traditional houses with blue doors