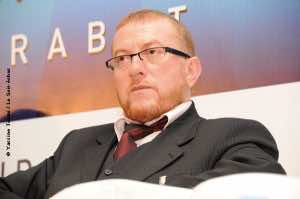 The minister of General Affairs and Governance, Mr. Najib Boulif asserted during a meeting with the journalists of the media group Ecomedia that the government intends to publish the list of the beneficiaries of all privileges that pertain to public governance.

Sounding a confident tone, the minister pinpointed that the government will publish the list of beneficiaries of high seas fishing licenses. He added that the list has already been submitted to the head of government who will decide on the right time to disclose the name of all beneficiaries.

According to the Moroccan daily Assabah, Mr. Boulif made it clear that there is no “veto” power within the government that is hindering the uncovering of these lists. The minister asserted also that the disclosure of this controversial list is not a pattern of governance per se endorsed by the government. Mr. Boulif affirmed that the decision to reveal the names of beneficiaries of fishing licenses will come as a response to the demands for more transparency.

Mr. Boulif argued that the list of transport licenses was established three months after the appointment of Mr. Rebbah, the minister of Transport. Nonetheless, the head of government deemed it more convenient to postpone its publication.

H argued that public opinion has grown skeptical about the eligibility of the beneficiaries of these licenses. Consequently, the government published the list of beneficiaries of transport licenses in order to bolster transparency in the management of public affairs and to enforce the constitutional provisions regarding the right to access information.

He went on to say that the government will go a step further by amending the laws that govern public deals, adding that Moroccans have the right to monitor public governance and that the government is determined to guarantee the access to information stipulated in the constitution.