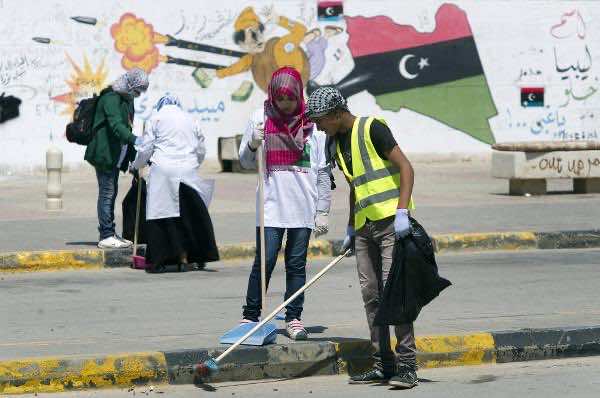 A weekend attack on an Italian diplomat in Libya caused no casualties but dealt a body blow to the government’s efforts to woo foreign investors to rebuild the war-ravaged North African country.

The assault on consul Guido De Sanctis, which Rome denounced as a “vile act of terrorism,” came four months after militants torched the US mission in Benghazi and killed four Americans, including the ambassador.

“This attack will certainly be a reason of concern for many oil companies who are operating in Libya or planning to return to Libya,” said Tripoli-based analyst Claudia Gazzini of the International Crisis Group.

“It can have a negative impact on their decision to stay or return. This is negative because it comes at a time when the Libyan government is making a wholehearted effort to convince foreign companies to return.”

Italy is Libya’s former colonial ruler and enjoyed close ties with the slain dictator, though it later joined NATO efforts to unseat Kadhafi. It is also the biggest foreign investor in Libya’s energy sector.

In December after a post-revolution pause, Italian energy giant ENI announced it had resumed oil exploration in Libya, becoming only the second foreign firm to do so after Algeria’s Sonatrach.

Benghazi-based analyst and historian, Mohammed al-Mufti, said the attempt to assassinate De Sanctis was “an embarrassment for the authorities who need foreign investment to boost the economy.”

The shooting came two days after Mohammed Megaryef, president of the national assembly and Libya’s de facto head of state, travelled to Rome for talks with business leaders.

European trade delegations visit Tripoli periodically but many businessmen have adopted a wait and see approach, keen to see whether the interim government, which took office in November, can get a grip on security.

The French foreign ministry’s delegate for French nationals abroad, Helene Conway-Mouret, was in the Libyan capital last week to assess the situation and encourage French companies to do business.

“Security issues weigh on our companies,” she said in an address to Tripoli’s French community, which remains small and male-dominated in the absence of wives and children.

The French school is open but two-thirds of its pupils are Libyans.

She told journalists on Sunday that although there is a great degree of optimism with regards to the opportunities ahead in Libya, many entrepreneurs are waiting for the security situation to improve.

“Big companies have security protocols, but for small entrepeneurs who come alone, the motivation is not there because the images we see of Libya in France are not ones in which security is assured,” she said.

Two hours of her trip were spent discussing security measures, she added.

In the Libyan capital, diplomats and businessmen travel in armoured vehicles with security advisers. Many governments advise against all but essential travel outside Tripoli.

In 2012, several governments withdrew or scaled back their diplomatic presence in the eastern city of Benghazi, including Britain, France, the United States, Egypt and Tunisia, in response to attacks targeting their envoys.

The deadliest was a September 11 assault by militants against the US mission, which killed Ambassador Chris Stevens and three other Americans.

“We should not forget that although foreigners have become a target in Benghazi, Libyans themselves, especially members of security forces, have also become targets,” Gazzini said.

Libya’s fledgling army and police are too weak to rein in the militias.

“There is a general sense of impunity among armed groups, especially in the east, where there is less of a state security presence and more Islamist groups who feel above the law,” Gazzini said.