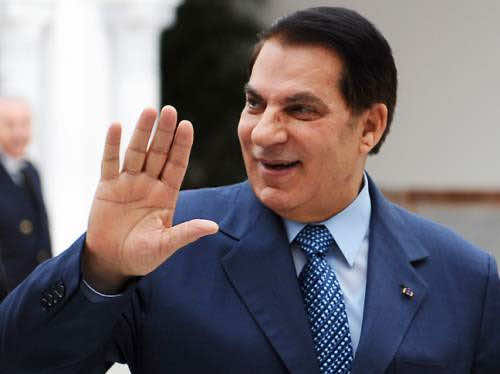 Here are the main developments in Tunisia since the ouster two years ago of president Zine El Abidine Ben Ali after 23 years in power, sparking the Arab Spring revolts.

– January 14: Confronted with a massive popular movement, which started in December in the town of Sidi Bouzid, Ben Ali steps down and flees with his family. He finds refuge in Saudi Arabia. A state of emergency is declared.

– March 7: A security agency that targeted political dissidents is scrapped.

– July 28: After a third trial held in his absence, Ben Ali has so far been sentenced to more than 66 years in prison.

– September 6: The government announces a strict application of the state of emergency. Violence rocks the country.

– November 22: The inaugural session of the constituent assembly opens, and elects as its president head of the centre left Ettakatol Mustapha Ben Jaafar.

– December 12: Former opposition leader Moncef Marzouki, a fierce rival of Ben Ali, is elected president and is sworn in the following day.

– March 26: Ennahda renounces the inclusion of Sharia Islamic law in the future constitution.

– June 11-12: One man dies and around 100 people are injured in unrest triggered by an art exhibition that includes works deemed offensive to Islam. The government blames Salafists and old regime loyalists.

– July 19: Ben Ali is sentenced in absentia to life in prison for complicity in the murders of 43 protesters in the 2011 revolution.

– September 14: Four people are killed and dozens injured in clashes at the US embassy in Tunis, where protests over an anti-Islam film degenerate into violence.

– October 14: The ruling coalition’s three parties say they have struck a compromise on the nature of new constitution, and set June 23 as the provisional date for presidential and parliamentary polls. Two days later around 60 organisations and parties reject the calendar.

– November 27-December 1: Some 300 are injured in clashes in the poor Tunisian town of Siliana.

– December 17: Protesters hurl rocks at Marzouki and parliamentary speaker Mustapha Ben Jaafar in Sidi Bouzid, on the second anniversary of the revolution.

– January 13: Soldiers are deployed in a town near the border with Libya after a week of clashes between police and residents.