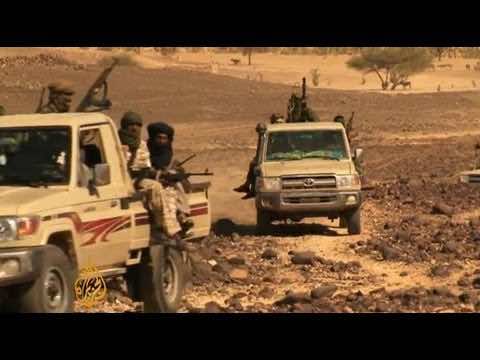 Traditionally hostile to foreign interference, Algiers has thrown its support behind operations in Mali against Islamist forces in a surprise about-turn that saw it open its skies to French warplanes.

But some observers say Algeria’s change of heart followed a “betrayal” by armed rebel groups in Mali who vowed to cease hostilities last month, and represents a failure of its non-interventionist policy.

Omar Belhoucet, the editor of the popular French-language daily El Watan, on Monday said Algeria’s altered position was “undeniable,” after the government “did everything, rightly, to settle things in a diplomatic way.”

The Algerians, he told Radio France Internationale (RFI) “today feel betrayed by the representatives of certain Malian groups” who benefited from the negotiations to reorganise.

Western diplomats in Algiers say the speed with which French military operations were launched on Friday took the government by surprise.

“But it’s making the best of a bad situation,” one diplomat told AFP, adding that the authorities had never completely ruled out the military option.

“The position of Algiers has evolved,” said Rachid Tlemcani, a political expert for whom the decision to authorise French overflights amounted to “a form of indirect participation” in the military operation in Mali.

But he argued that the Algerians “must be extremely disappointed,” because “France was playing the double-game of negotiating while preparing itself militarily.”

French Foreign Minister Laurent Fabius on Sunday confirmed that Algeria had authorised the overflights of Rafale fighter jets based in France.

“We are working with the Algerians and our discussions are ongoing.”

“What we have in mind is that if African troops move into the north of the country the Algerians will have to close their border,” Fabius said.

Algiers, which has yet to comment on the statement, has said for months that it was intensifying its surveillance of, and military presence along its vast southern border with Mali, a difficult task given the size and nature of the terrain.

The foreign ministry said on Saturday that Mali had asked for “friendly powers” to reinforce its national capacities in fighting terrorism, and expressed its “unequivocal support” for the transitional authorities.

But there was no mention of Algeria sending troops across the border, with the principle of non-interference in the internal affairs of other countries enshrined in the constitution and a hallmark of its foreign policy.

For the moment, it is the West African bloc ECOWAS that is providing the troops making up the 3,300-strong intervention force to reclaim northern Mali from Al-Qaeda in the Islamic Maghreb and its ally MUJAO, as well as Islamist
rebel group Ansar Dine.

The UN Security Council was to discuss the conflict on Monday, at the request of Paris, which seeks a speedy implementation of resolution 2085 authorising the deployment of an intervention force that was approved in December.

The West African nations contributing to the force are bristling at Algeria’s resistance to swift action, according to Niger analyst Jibrin Ibrahim.

“Algeria and Mauritania have deployed their huge lobbying powers within the African Union and the UN to insist on the path of negotiations” between the different Malian factions, he said.

In that time the insurgents were able to consolidate their positions, he argued.

They have “done everything to block the role of the ECOWAS leadership. We in West Africa cannot allow Algeria and Mauritania to pursue this policy of exporting their problems to our region.”

The interim Malian Prime Minister Diango Cissoko, accompanied by a top-level delegation, including Defence Minister Diaran Kone, met President Abdelaziz Bouteflika in Algiers on Monday. No details on the talks have been made public.