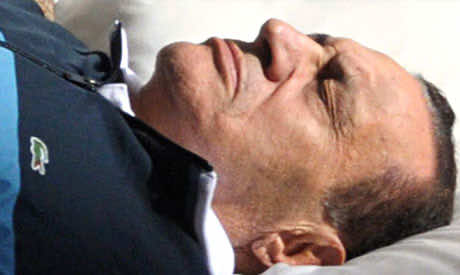 A visiting minister pledged Britain’s full cooperation with the Egyptian authorities on Monday in recovering assets suspected to have been misappropriated by Hosni Mubarak’s regime.

But Minister of State at the Home Office Jeremy Browne added that due process needed to be followed in proving that any assets targeted were ill-gotten.

“We are exerting every effort to turn these assets to its rightful owners,” Browne told a Cairo news conference.

“We have to observe the legal process and to assure the rule of law.

Nothing can be done without evidence that private assets are illegally gained.”

In September, the Egyptian public investigator who has led efforts to hunt down property belonging to Mubarak’s regime accused Britain of being “one of the worst” countries for housing its assets.

“The UK is one of the worst countries when it comes to tracing and freezing Egyptian assets,” said Mohamed Mahsoob.

“The British are saying that they need official requests from the Egyptian government before they take any action and that, until this happens, they are allowing the free movement of assets and the closure of certain accounts of companies beyond UK borders.”

Britain’s Foreign Office maintained it was helping Egypt but that it was not possible for the UK to “deprive a person of their assets and return them to an overseas country in the absence of a criminal conviction and confiscation order.”

Last June, Mubarak and his longtime interior minister Habib al-Adly were sentenced to life in prison for failing to prevent the deaths of over 800 protesters during the 18-day uprising that ousted him in January-February 2011.

But on Sunday, Egypt’s top appeals court, the Court of Cassation, ordered a retrial for Mubarak, his two sons Alaa and Gamal, Adly and top security chiefs.

On Saturday, an ailing Mubarak was interrogated over fresh charges of corruption and ordered detained for 15 days pending investigation.

He is accused of accepting gifts worth seven million Egyptian pounds (around $1 million) from the country’s flagship state newspaper Al-Ahram.