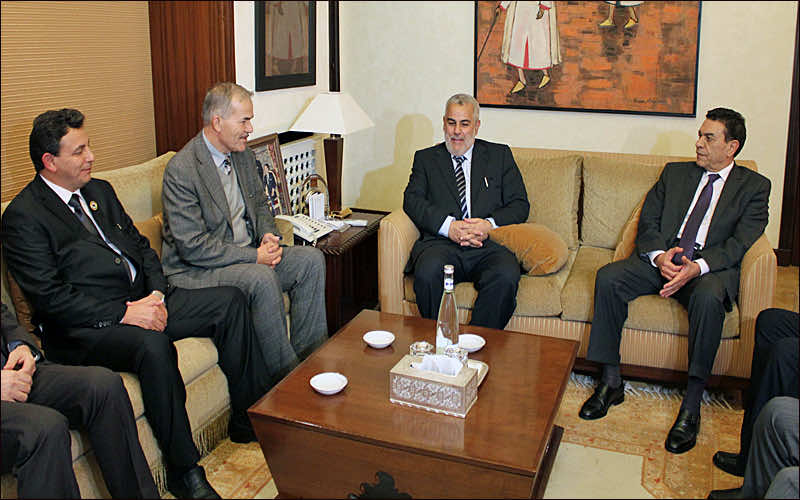 “In the very near future, a Maghreb university and Maghreb scientific academy will be opened,” stated Libyan Work and Training Minister Mohamed Al Faitouri Soualem in the December 26th meeting in Rabat.

The government officials expressed their desire to see greater co-operation on human development, with priority given to the rising generations. They called for full advantage to be taken of the exceptional conditions seen across the region over the past two years.

“The human resources commission is most affected by the recent changes in the region. It therefore needs to respond to the expectations of Maghreb generations in terms of the way that education and training are linked to the labour market,” stressed El Ouafa.

The Moroccan minister added that “investment in human resources will enable us to achieve our stated development goals”.

Therefore, he said, work needs to be done to improve the scientific and cultural level of Maghreb human resources in order to speed up development.

“It is necessary to set up a new human resources management strategy based on objective foundations and a realistic methodology which considers the changes seen in Maghreb countries and the transformations experienced in the regional and international context,” Baba Ahmed said. “In order to achieve that aim, the Maghreb must develop new scientific programmes capable of being achieved on the ground, defined in time and space.”

The speakers were also keen to stress that Maghreb countries must embark on a general unifying process. They called on Maghreb officials to strengthen the Arab Maghreb Union (UMA) and meet the expectations of the peoples of the region, who are impatient to see joint action to establish a firm foundation for economic growth.

“It is time to get over political differences and create the long-awaited Maghreb Union,” said El Ouafa.

The Moroccan minister added that it was illogical that countries with geographical and cultural differences should unite their efforts whilst those in the Maghreb, which have so many similarities, have yet to achieve the desired level of co-operation.

Bensalem agreed: “Construction of the Maghreb Union is an aspiration of the Maghreb peoples and a unanimous strategic choice for tackling together the challenges of the current situation and promoting growth so that our citizens can live comfortably.”

The countries of the Maghreb, he noted, need to co-operate more across various fields, particularly health.

Members of the public echoed the same sentiment.

“Citizens across the countries of the Maghreb share the same dreams, the same expectations and the same problems,” said Farida Jenane, a teacher. “And while they talk about our common challenges at the official level, solutions should be more effective.”

“Countries of the Maghreb need to take advantage of their complementarity to become stronger,” he said. “Improving human resources is very important in achieving the regional development people hope to see.”