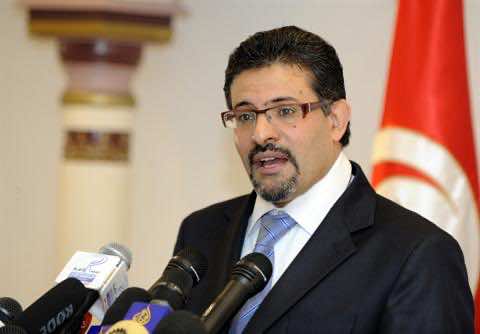 Tunisia’s foreign minister said on Tuesday that his country was in principle opposed to all non-African military operations on the continent, as France pushed ahead with its assault on armed Islamists in Mali.

“We believe that the problems arising in Africa must be resolved within an African framework,” Rafik Abdessalem said, addressing the French military campaign against Al-Qaeda-linked Islamist groups in Mali that began on Friday.

“In general, we are against foreign (military) intervention,” added Abdessalem, who hails from Tunisia’s ruling Islamist party Ennahda.

France launched air strikes in northern Mali, and plans to triple the 750 troops currently deployed in its former colony, after Bamako appealed for help ahead of the arrival of the West African intervention force authorised by the UN Security Council.

President Moncef Marzouki had already expressed apprehension about the French initiative, saying last weekend that he would have prefered a “negotiated political solution.”

But he also warned that the occupation of northern Mali by jihadist groups posed a threat to Tunisia, which was becoming a “corridor” for arms reaching the Islamist militants.