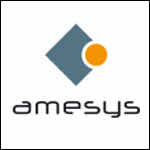 Five Libyans tortured under Moamer Kadhafi have filed legal complaints against a French technology firm that provided his regime with surveillance equipment, a rights group said on Tuesday.

An appeals court has meanwhile given the green light to a judicial probe into accusations of complicity against Amesys, said Patrick Baudouin, a lawyer for the Paris-based International Federation for Human Rights (FIDH).

The court rejected a request from prosecutors to drop the probe, opened in May following complaints from FIDH and the Human Rights League (LDH).

The groups accuse Amesys, a subsidiary of French technology firm Bull, of providing Kadhafi’s regime with a communications monitoring system used to target opponents, who were subsequently detained and tortured.

The five Libyans, a woman and four men who still reside the country, have joined the suit as civil plaintiffs against the company, Baudouin said.

“They were detained and tortured by the regime in place and their detentions were directly linked to their surveillance by the system delivered by Amesys,” he said.

“They are ready to quickly come to testify before the investigating magistrate,” he said.

The company has admitted it supplied Kadhafi’s regime with “analysis equipment,” but noted the deal was made only after Libya had improved ties with the West and that it did not operate any surveillance.