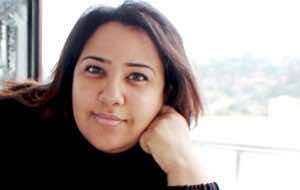 Two months before the commemoration of its 80 years, the famous American magazine “Newsweek” launched in 1933, bids farewell to the last printed version to become 100% digital. Due to the economic crisis and the rapid emergence of digital media, several print media in the world such as the “Financial Times Deutschland” “France-Soir” and the Moroccan French-speaking magazine “Actuel” have run out of business. Journalists and readers are questioning: “Will the print media disappear?

It seems that world leading newspapers are preparing their coffins. The recent months witnessed more layoffs, bankruptcies, and closings in the print journalism industry. Due to declining sales and advertising revenues, Newsweek, one of the leading magazines in the world and the second weekly paper of the United States, bids farewell to its print version to become 100% digital. Its last front page was symbolic. Tina Brown, Newsweek head chose an aerial photo of Newsweek headquarters with a Twitter “hashtag” ‘# Last Print Issue’. The Hashtag symbolizes the important place Internet occupied in the world of information in recent years, thus creating a very unpleasant situation for print media.

The year 2012 in particular was disastrous for print media around the world. It’s the crisis! On Friday, December 7, the Financial Times Deutschland (FTD) published its last issue. Lack of profitability, the German economic newspaper disappears, leaving 350 journalists at the door. Before the FTD, the center-left daily Frankfurter Rundschau went bankrupt in mid-November.

In France too, after the disappearance of France-Soir from the market last December as a result of sales erosion, La Tribune reporters announced on December 6, the opening of editors departures in January 2013. In Spain, fundamental restructuring are shaking the largest newspapers. After El Mundo, the iconic center-left newspaper El Pais, announced a lay off plan affecting nearly a third of its workforce.

And in Morocco, the French-language weekly “Actuel” decided to shut down with a final issue on January 5. The editorial team explained that the decision was necessary in the “very difficult working environment for the past 3 years (press advertising market in sharp decline in volume and value as well as the uncertainty over the future of print media). The Moroccan particular difficult economic environment in 2012, led the major advertisers to cut their advertising budgets, putting several newspapers who survive thanks to advertising at stake.

Closing newspapers and switching to digital media sparked different reactions from both readers and journalists. Competition from the Internet and the ratio of the offer of free information has profoundly changed the habits of readers.

According to Khalid Karaoui, France 24 TV journalist, “Newspapers must adapt to the major changes that characterize the media industry today. With the disappearance of several print outlets, thousands of jobs in the print media will no longer be functional,” he said.

But he thinks that “most newspapers, not wanting to be left behind, started websites in which they essentially gave away their most valuable commodity – their content – for free.”

For her part, Ruth Marks Eglash, freelance independent journalist in Israel and former professional social media editor in Jerusalem Post, confirms that the future of media is digital. “The digital revolution has changed the business model of traditional media, including advertising revenues which collapsed in favor of the Internet, “she said.

In addition, Ruth believes that Generation Y does not read papers. Recent years have witnessed the emergence of a new younger audience in search of easy access to information. They resort to Internet, radio, live news channels or free newspapers.

“I cannot imagine someone aged today 30 and younger reads the newspaper, and if he/she reads, he/she does not buy it often,” says Ruth.

“The newspaper will go from mass media to a niche media,” I do not see a real future of daily newspapers, as they are surpassed by the rapidity of the information published on the net. A press weekly or monthly targeting a niche readership may attract new advertisers, “adds Bennis.

Yet, Eddazi Youssef, a Washington – based journalist at Radio Sawa specifies that “the print media is not doomed to disappear with the fierce digital competition.” For him, “the newspaper keeps its specificity especially in terms of content and news analysis.

His opinion is shared with Maroua El Hani, a social actor and a faithful reader of Moroccan Francophone magazines. She believes that “The value of the information we receive through print media is not replaceable. These, she adds, “Offer important and thoroughly researched editions and dossiers”

She said that with TV grabbed more and more audience and ad dollars, newspapers still managed to survive. Papers couldn’t compete with television in terms of speed, but they could provide the kind of in-depth news coverage that TV news never could. “The press will always continue to exist. It didn’t disappear with TV and radio, so it won’t with internet. But I think the number of newspapers will inevitably decline, “she predicts.

Karima Rhanem is a Moroccan Communications and social media Specialist, journalist, photographer and a social activist with over 12 years of experience in civil society & youth policies. She is currently president of the Moroccan Association for development and Parallel Diplomacy. Ms Rhanem holds a BA in communications & Leadership studies, and an MA in Governance and Public policy.