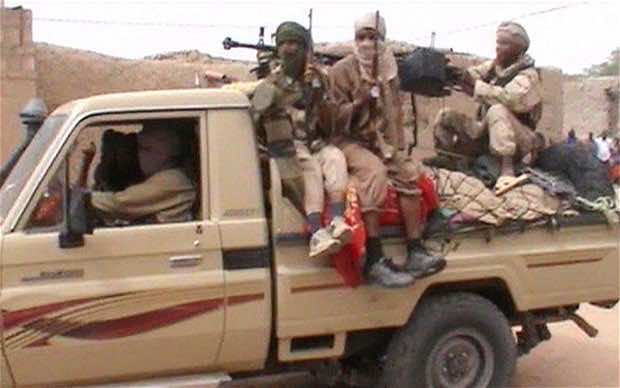 Al Qaeda militants from Mali attacked a gas field run by British oil giant BP in southern Algeria on Wednesday, killing one person and kidnapping one French and four Japanese staff, officials said. The attack appears to be the first reprisal against Western interests for a French-backed offensive against jihadists in neighbouring Mali.

Algerian state media said that one person had been killed and seven wounded, two of them foreigners, in the attack on the field at In Amenas, in the Sahara desert 1,300 kilometres (810 miles) southeast of Algiers.

A member of parliament for Algeria’s ruling National Liberation Front said that five staff members — one French national and four Japanese — had been taken hostage.

A Western diplomat told AFP that the Algerian army had launched an operation to try to free the hostages.

One of the attackers told AFP by telephone that they were Al Qaeda loyalists who had slipped into Algeria from northern Mali where France launched a major offensive against the jihadists on January 11 to prevent them from advancing on the capital Bamako.

“We are members of Al Qaeda and we came from northern Mali,” the militant told AFP by telephone.

“We belong to the Khaled Abul Abbas Brigade led by Mokhtar Belmokhtar,” he added.

Belmokhtar, renowned for the eyepatch he has worn since losing an eye, is one of the historic leaders of the jihadists’ north African franchise, Al-Qaeda in the Islamic Maghreb.

“We can confirm that there has been a security incident this morning at the In Amenas gas field in the eastern central region of Algeria,” the company said.

“The In Amenas field is operated by a joint venture of which BP is a member. We have no more confirmed details at this time.”

In Amenas is a wet-gas field, operated by a joint venture of BP/Statoil and Algerian state-owned oil firm Sonatrach.

Norway’s Statoil said it had been “notified of a serious situation involving an attack on the In Amenas gas production facility in Algeria.”

“Statoil’s emergency response organisation is now mobilised, and we are now working to get an overview of the situation. Our main focus is the safety of the employees at the facility,” the company said.

“Algerian authorities are handling the situation locally, while Norwegian and British authorities have also been informed of the incident.”

The firm said it had just under 20 employees at the facility, of whom more than 10 were Norwegian.

The British Foreign Office confirmed the attack but said it was still seeking details.

“There is a terrorist incident ongoing in the town of In Amenas at an oil installation near the Algerian border with Libya. The British embassy is aware of the incident and is liaising with local authorities,” a spokeswoman said.

“We are urgently seeking clarification from oil companies in the area as to whether they have personnel involved in the incident,” she added.

Algeria announced on Tuesday that it had closed its border with Mali, following the French offensive against Al-Qaeda in its southern neighbour but the 2,000 kilometre (1,200 mile) desert frontier is almost impossible to seal.

On Saturday, the Algerian foreign ministry expressed its “unequivocal support” for the transitional authorities in Mali.

On Sunday, French Foreign Minister Laurent Fabius said Algeria had authorised the overflights of Rafale fighter jets based in France to take part in the operation in Mali.

Algeria suffered a devastating civil war with Islamist militants in the 1990s and officials had expressed fears of the possible blowback from any operation against Al-Qaeda in Mali.

Many of the fighters and weapons in Mali were displaced from Libya after the 2011 armed uprising that overthrew veteran dictator Muammer Gaddafi.