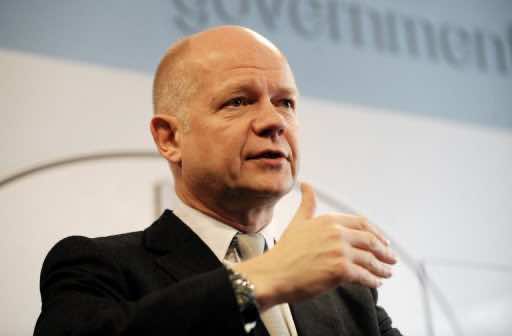 Britain’s foreign minister on Thursday confirmed the death of a Briton in an attack by hostage-takers on an Algerian gas field, but said any link to the Mali crisis was an excuse for “cold-blooded murder”.

“While sadly I can confirm the death of one British national, I can’t confirm at this point the exact number of hostages held,” Foreign Secretary William Hague told reporters during a visit to Sydney.

One Briton and an Algerian were killed in the attack, Algeria’s interior minister said, and the abductors said they were holding French, British and Japanese citizens, as well as seven Americans, at the southern gas field.

Hague noted the claimed connection to Mali and said: “That is a convenient excuse, but usually operations like this take longer to plan.

“Whatever excuse is being used by terrorists and murderers, there is no excuse. This is the cold-blooded murder of people going about their business,” the foreign secretary said.

Hague said earlier that Britain was liaising closely with the Algerian government, and that the Foreign Office had sent a rapid deployment team to back up embassy and consular staff on the ground.

Hague said BP was doing “a good job” of keeping families up to date with developments and vowed to “work around the clock to resolve this crisis”.