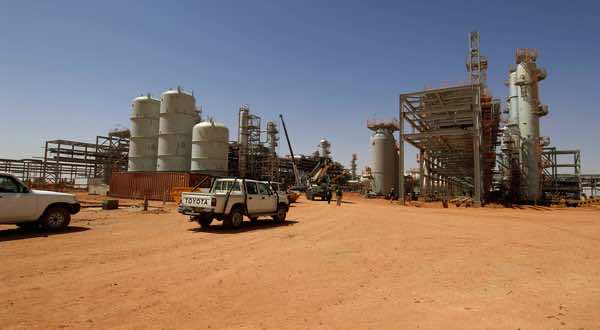 Algerian troops have surrounded Islamist gunmen who seized 41 hostages in a raid on a gas field as Britain’s foreign minister Thursday condemned the “cold-blooded murder” of a Briton in the attack.

The Islamists told Mauritanian media they were holding 41 Westerners including French, British and Japanese citizens, as well as seven Americans in reprisal, they said, for the French assault against Islamists in neighbouring Mali and Algeria’s cooperation.

One Briton and an Algerian were killed in the attack, Algeria’s Interior Minister Dahou Ould Kablia said. Six people were wounded: another Briton, a Norwegian and a Scot, as well as an Algerian security agent and two policemen.

“That is a convenient excuse, but usually operations like this take longer to plan.

“Whatever excuse is being used by terrorists and murderers, there is no excuse. This is the cold-blooded murder of people going about their business,” he said during a visit to Australia.

While Washington and Tokyo said their nationals were among the hostage, French President Francois Hollande said it was not certain that French citizens were being held.

French news channel France 24 reported that Malaysian and Filipino nationals were also among the hostages.

Algerian Interior Minister Dahou Ould Kablia, speaking on national television, insisted Algiers would not negotiate with the “terrorists”, who he said were surrounded by the army and security services.

The group appeared to want to leave the country with the hostages, which Algiers had rejected, he said. They were “around 20 men from the region”, he added, denying that they had come from either Mali or Libya.

A worker at the scene told AFP by phone that the armed group was demanding freedom for 100 Islamists held in Algeria in exchange for the Western hostages.

“The assailants have demanded that these Islamists be taken to northern Mali,” he said.

A group calling itself “Signatories for Blood” claimed responsibility in a post to the Mauritanian website Alakhbar saying it was in retaliation for the French intervention in Mali and Algeria’s cooperation.

“Algeria was chosen for this operation to teach (President Abdelaziz) Bouteflika that we will never accept the humiliation of the Algerian people’s honour… by opening Algerian airspace to French planes,” it said.

The group called for an end to the French offensive.

The attack took place at dawn, when armed Islamists targeted a bus carrying oil workers to the In Amenas airport, the interior ministry said. Fought off by security escorts, they took hostages at the gas field’s residential compound.

BP confirmed that the gas complex had been attacked at around 0500 GMT.

A Statoil official said 12 employees, including nine Norwegians, had been “implicated” in the hostage-taking, without elaborating. The company said it had just under 20 staff members at the facility.

‘Many lives at stake’

A French catering company said 150 of its Algerian employees were being held at the complex.

“The information I have is that a group of around 60 terrorists from neighbouring countries attacked the base overnight,” said CIS Catering’s executive director Regis Arnoux.

“They took all the expatriates hostage, regardless of nationality, and tied them up. The Algerian staff are being held inside the site,” he told French newspaper the Journal du Dimanche.

The attackers were well armed and well equipped, he said, adding: “We fear the worst, there are many lives at stake.”

Algerian news agency APS said some Algerian hostages were later freed, but did not say how many.

Hague said Britain was working closely with Algeria over the crisis.

The US State Department confirmed that American citizens were being held and the White House said it was “closely monitoring” the situation.

France launched a major offensive against the jihadists in Mali on January 11 to prevent them from advancing on the capital Bamako.

Algeria announced on Tuesday it had closed its border with Mali but the 2,000-kilometre (1,200-mile) desert frontier is almost impossible to seal.

On Sunday Paris said Algiers had authorised overflights by France-based Rafale fighter jets for the operation there. Morocco Calls on All Parties in Mali to Prioritize National Interests 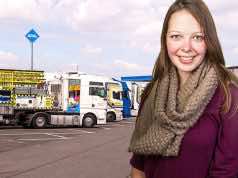 Egypt airports on high alert ahead of June 30 protests