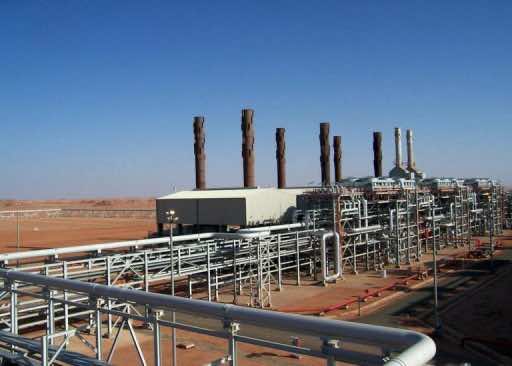 Japan said Thursday it was placing “top priority” on the lives of hostages, including a number of Japanese, snatched by Islamist gunmen who attacked a gas complex in Algeria.

At least three Japanese were among the 41 foreigners kidnapped by heavily armed men after a gunfight that left two people dead and six injured, Japanese press reported.

The gunmen said they had carried out the assault in response to a French military intervention in Mali, where Islamists have seized swathes of the country.

The group, who said they entered Algeria from northern Mali, told Mauritanian media their hostages included French, British and Japanese citizens, as well as seven Americans.

The dead were a Briton and an Algerian, Algeria’s Interior Minister Dahou Ould Kablia said.

“We will put top priority on the lives of victims and rescue the Japanese as quickly as possible by closely coordinating with countries concerned,” he
told a news conference.

Suga said a government task force had been assembled on the instructions of Prime Minister Shinzo Abe and held its first meeting on Thursday morning.

Speaking in Hanoi, where he began a tour of Southeast Asia, Abe told reporters the kidnapping was “unforgivable”.

“I have ordered (the government) to do three things: First, act by putting priority on people’s lives; Second, try to determine the situation; Third, boost cooperation with countries concerned,” he said.

The attack took place at dawn on Wednesday, when armed Islamists targeted a bus carrying oil workers to the In Amenas airport, near Algeria’s border with Libya, the country’s interior ministry said.

After a fight they took hostages at the residential compound of the gas field, which is jointly operated by British oil giant BP, Norway’s Statoil and state-run Algerian energy firm Sonatrach.

A worker at the scene told AFP by phone that the armed group was demanding freedom for 100 Islamists held in Algeria in exchange for the Western hostages.

Japanese contracting firm JGC said in a statement on Thursday it believed some of its employees were being held.

“We want to refrain from making remarks on details such as the location and the number of people involved in order to secure the safety of the employees,” it said.

“We are doing our best to rescue the employees in cooperation with the Japanese government.”

Foreign Minister Fumio Kishida, who heads to Washington on Friday, said he had talked with his Algerian counterpart and strongly urged the Algerian government to put the highest priority on people’s lives.

He said the ministry will dispatch Parliamentary Vice Foreign Minister Minoru Kiuchi to Algeria as soon as possible, adding he would be coordinating Japan’s response with that of the US.

Mali has been effectively split in two since April, when Islamists took advantage of a military coup in Bamako and an offensive launched by Tuareg separatists in the north to seize half the country.