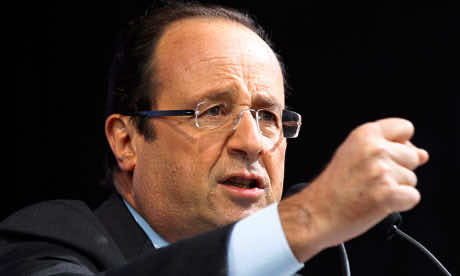 President Francois Hollande Thursday confirmed the presence of French citizens at a gas field in Algeria where Islamists have seized hostages and expressed confidence in local authorities to deal with the situation.

“There were, there are (French citizens) at the site,” Hollande told reporters at a press conference with Portugal’s Prime Minister Pedro Passos Coelho.

Hollande said the situation at the site was “confused” and changing “by the hour”.

“The best thing is to say as little as possible,” Hollande said.

“I have full confidence in Algerian authorities to find the best solutions to put an end to this hostage taking,” Hollande said.

He said he was in contact with Algerian authorities, including President Abdelaziz Bouteflika.