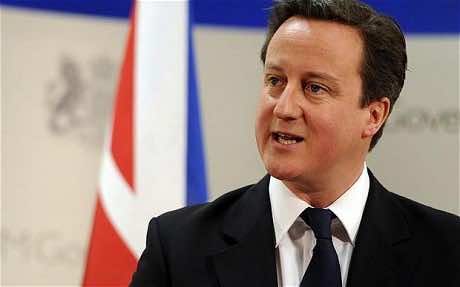 Britain will consider any requests for help from Algeria in its efforts to free dozens of hostages being held by Islamist gunmen at a gas field, Prime Minister David Cameron’s spokesman said Thursday.

The militants killed two people including one Briton in Wednesday’s attack at the BP-operated In Amenas gas field in southeastern Algeria and took 41 hostages, including British, Irish, French, Norwegian and Japanese citizens.

“As part of his discussions with his Algerian counterpart yesterday the prime minister made clear that we would consider any request that they made for assistance,” Cameron’s spokesman said, adding that no request had been made so far.

The spokesman said the hostage-taking bore the hallmarks of a pre-planned attack.

“The nature and extent of the attack suggest a considerable degree of pre-planning,” he said.

The premier called two meetings of Britain’s Cobra emergency committee on Thursday to discuss the hostage crisis and was due to chair another from the Netherlands on Friday, where he is giving a key speech on the EU.

He has also spoken with the prime ministers of Norway and Japan over the hostage crisis, his spokesman said.

“They shared the information they had and agreed that the right approach was to continue working through the Algerian government and the companies including BP that are involved at the plant and site in question,” he said.

The spokesman would not be drawn on whether British special forces were on standby, while a government source said the Algerian government saw the incident as “very much on sovereign territory”.

Britain is also in touch with France over the crisis, the source added.