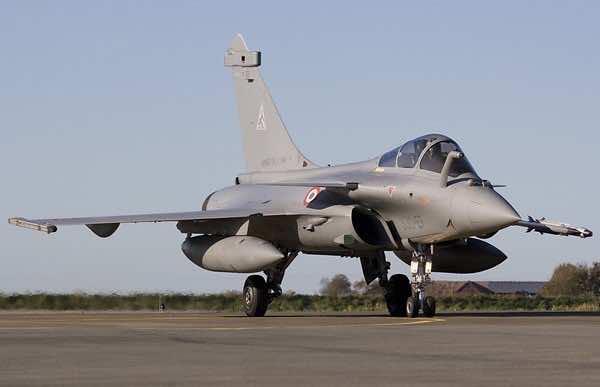 Algerian troops Thursday launched strikes on a gas complex where Islamists are holding dozens of foreigners to avenge a French-led offensive in Mali, as several hostages reportedly fled their captors.

A group calling itself the “Signatories for Blood” claimed responsibility for the brazen attack at the In Amenas gas field near the Libyan border and a member of the outfit said Thursday that Algerian troops had attacked the site.

An unnamed source from the group told Mauritania’s ANI news agency that “two Japanese were injured” following the helicopter attacks.

Algerian media reported that 15 foreigners and 30 Algerians being held hostage since Wednesday had managed to escape, but authorities could not confirm this.

The attack on the complex dragged Algiers and several top Western powers with citizens among the hostages into the conflict, taking the spotlight off French and government troops battling the Islamists controlling Mali’s north.

The Algeria kidnappings that were in retaliation to the ongoing offensive next door saw two people killed and dozens of others from the United States, Europe and Asia taken hostage. Veteran Islamist fighter Mokhtar Belmokhtar, an Algerian with ties to Al-Qaeda, has claimed responsibility.

“We demand the Algerian army pull out from the area to allow negotiations” to end the drama, one of the kidnappers, identified as Abu al-Baraa, told the Al-Jazeera news channel.

He also said Algerian snipers had opened fire at the site where the hostages were held, injuring a Japanese national. Algeria has sent troops to the site, insisting it would not negotiate with the gunmen.

A 52-year-old French man who figured among the hostages told French newspaper Sud Ouest Thursday that they were not being mistreated.

“It’s ok, we’re being well-treated,” the man, from the town of Anglet near the Spanish border, told the newspaper by telephone.

The head of a French catering company that has 150 Algerian employees being held at the plant jointly operated by British oil giant BP, Norway’s Statoil and state-run Algerian energy firm Sonatrach said he had spoken to one on Thursday and the situation was stable.

“I spoke to the branch manager on the phone this morning and it seems there is a status quo in terms of the current situation,” Regis Arnoux, CEO of CIS Catering said on Europe 1 radio.

The UN special envoy for the Sahel, Romano Prodi, said meanwhile that French intervention in Mali was the only way to stop Islamists creating “a terrorist safe haven in the heart of Africa”.

“I’m not a warmonger and in the past, faced with other episodes of war, as in Libya, I expressed doubts. But in this case, it seems to me that there were no other means of action to avoid the worst,” the Italian former prime minister told the newspaper L’Unita.

The one-eyed jihadist Belmokhtar was until recently one of the leaders of Al-Qaeda in the Islamic Maghreb (AQIM) but was pushed out of the group towards the end of last year. He has been blamed for previous abductions and the killings of both Algerians and foreigners.

On Thursday, more French troops poured into Mali, boosting their number to 1,400, the defence minister said. At full strength the force will be made-up of 2,500 soldiers.

Contingents from Chad and Nigeria for an eventual African force of over 5,000 troops in Mali were also expected to arrive Thursday.

Rebels who have controled northern Mali since April pushed south into government-held territory last week and seized Konna, about 700 kilometres (400 miles) by road from the capital Bamako, prompting France to intervene.