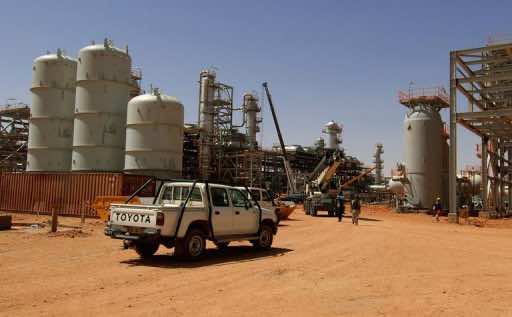 New York’s main contract, light sweet crude for delivery in February rose 15 cents to $95.64 a barrel in the afternoon and Brent North Sea crude for March delivery gained 16 cents to $111.26.

Both contracts erased losses made in the morning when traders were selling for profit following sharp gains overnight.

Western governments have voiced alarm over the fate of dozens of foreigners seized by Islamists at a gas plant in the Algerian desert as news filtered in that several of the captives had been killed.

Algeria is a member of the Organisation of Petroleum Exporting Countries (OPEC) and there are fears of supply disruptions if the crisis escalates.

Algerian officials said soldiers were still surrounding the site’s main gas facility, which was yet to be secured in the air and ground assault.

Investors also reacted to economic data out of China, choosing to focus on gross domestic product growth in the final quarter of 2012, which showed an uptick after seven straight quarters of slowing expansion, analysts said.

China’s economy grew 7.8 percent last year, its slowest pace in 13 years, but picked up to 7.9 percent in the final three months.

“The market is now reacting to news about the Chinese economy and moving together with the equities markets in Asia,” said Victor Shum, managing director at IHS Purvin and Gertz in Singapore, referring to rising stock markets.

“There has been quite a lot of bullish news that support oil futures,” he said, adding that the hostage crisis in Algeria was among the factors.