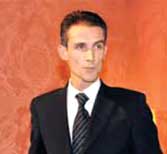 France on Friday described the Algeria hostage crisis as a wake-up call to the world over the threat posed by Islamic extremists operating across huge swaths of north and central Africa.

“What’s happening in Algeria shows what is at stake for the entire international community with the presence of terrorist groups in this zone,” Foreign Ministry spokesman Philippe Lalliot told reporters.

The spokesman also distanced France from British and Japanese criticism of Algeria’s decision to send troops in to reclaim control of a gas field from Islamist gunmen, a decision that is feared to have resulted in many expatriate workers being killed.

“The Algerian authorities judged that they had no other choice but to launch an assault,” Lalliot said.

“The situation was particularly complex given the scale of the hostage taking and it is still very confused.”

The militants who attacked the site have described their action as retaliation for France’s military intervention in neighbouring Mali against Islamist groups that control the north of the country.