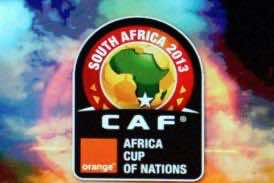 Ticket sales for the 2013 Africa Cup of Nations in South Africa reached 563,000 Friday, passing the half-million target after a slow start, a Confederation of African Football (CAF) official said.

“We are reaching 563,000 tickets that have been sold, including an opening (double-header) that’s sold out,” CAF secretary general Hicham El Amrani told a media conference.

“In the history of the Cup of Nations, at this stage, we never reached such a level of percentage of filling the stadiums,” he said one day before the African football showcase kicks off.

Around 850,000 tickets are available for the 22-day tournament, but organisers set a lower target given traditionally poor crowds for matches not featuring the host nation.

Half the 90,000 tickets available for the February 10 Soweto final have also been sold, though organisers are still nervous over sales for Group B in Port Elizabeth and Group D in Rustenburg.

CAF also announced that the final, originally scheduled for 1800GMT (2000 SA time) will kick off 30 minutes later to allow more time for the closing ceremony.

Around 4,400 security personnel and more than 2,500 volunteers will facilitate safety and movement in and out of Soccer City in Soweto for the opening ceremony, which begins at 1500GMT (1700 SA time).

Viewership of the continent’s largest sporting event has increased by 220 percent to around six billion cumulatively between the 2010 finals in Angola and the 2012 finals in Gabon/Equatorial Guinea last year, said El Amrani.

“We’re lucky to be in South Africa where our work was made easy, especially with the legacy of the World Cup,” he said.