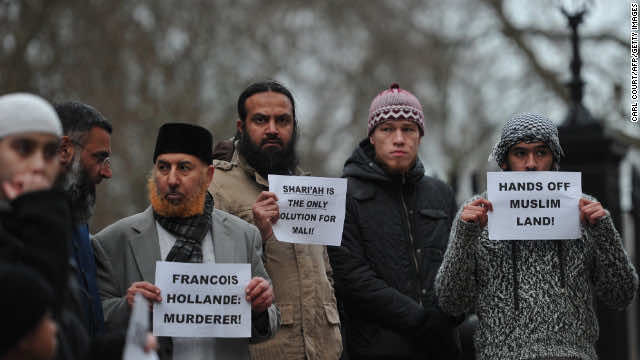 Hardened by its decades-old struggle with Islamists, Algeria’s paramount concern in launching its deadly mission against Al Qaeda-linked hostage-takers was to crush them, not to save lives, analysts said.

The aim of the Algerian military is “above all to neutralise terrorists, while for us the priority is to save the lives of hostages,” said Frederic Gallois, a former boss of French police elite counter-terrorism unit GIGN.

“Their second objective is to pull the rug from under the feet of Islamist propaganda. They don’t want it (the hostage crisis) lasting a week,” he said.

The hostage-takers were still holed up at the remote gas field on Friday and were demanding a prisoner swap and an end to the French-led military campaign in Mali, reports said.

Algerian special forces have freed about 100 foreign hostages from the Islamist gunmen, but some 30 were still missing Friday, national media said.

International criticism was mounting of the Algerian government’s handling of the attack, amid reports that many foreign hostages may have been killed in the army raid.

“The concerns of Western governments would be very secondary in the decision-making process about tackling Islamists,” said Jon Marks, of the Chatham House think-tank in London.

The raid on the sprawling In Amenas desert complex was unprecedented, he said, noting that not even during Algeria’s long war with Islamists in the 1990s — that left more than 100,000 dead — did extremists manage to launch such a brazen attack on a major hydrocarbon facility.

“As such I think it was a humiliation to the Algerians and to the military,” which is central to the idea of the state, he said.

Marks added that given Algeria’s long history of battling Islamists, it was not surprising the authorities there placed security concerns above the safety of the hostages, as would be the case in the West.

Britain, Japan and the United States, “may well be angry, but it is better for them to be angry than for there to be more victims, more abductions,” said Majed Nehme, director of the monthly current affaris magazine Afrique Asie.

“The Algerian doctrine is that they never negotiate with hostage-takers,” said Majed.

“The hostage-takers were asking to take the hostages out (of the site) where they would have become bargaining chips, so they (the army) preferred to resolve the problem militarily,” he said.

Japan’s foreign ministry summoned the Algerian ambassador to demand an explanation why it had received no prior notice of the commando raid.

Tokyo called the army assault “regrettable”, while a senior US official said Washington “strongly encouraged” the authorities to make the hostages’ safety their top priority.

British Prime Minister David Cameron meanwhile said he was “disappointed” not to have been informed by the Algerians in advance.

Some commentators drew parallels between Algeria’s military tactics in In Amenas and Russia’s infamous handling of hostage situations that left hundreds dead in a Moscow theatre in 2002 and a Beslan school in 2004.

A total of 334 people, including 186 children, died after armed Chechen rebels took more than 1,000 people hostage at the school, prompting Russian special forces to launch a fierce attack to end the siege.

The Moscow theatre crisis ended when special forces filled the building with a noxious gas before storming it. One hundred and twenty-five people died after inhaling the gas, and five were killed by the hostage-takers.

Gallois, the ex-boss of France’s GIGN, noted that while Algeria’s tactics might shock the West, the Russians, using similar tactics, “eradicated terrorist groups which were among the most violent in the world”.