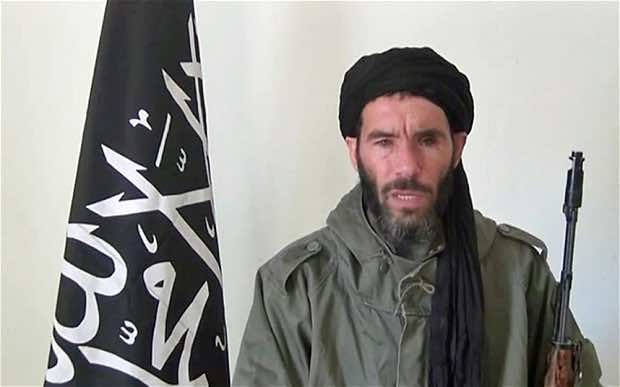 Veteran jihadist Moktar Belmokhtar’s audacious hostage attack in Algeria after a bitter split from his north African Al-Qaeda allies is a statement that he is still a force to be reckoned with, experts say.

The legendary one-eyed Islamist who has eluded capture for years formed his own brigade, the “Signatories in Blood” after a series of bitter feuds saw him cut ties with Al-Qaeda in the Islamic Maghreb of which he was a founding leader.

“Paradoxically it is he who has always had the best relationship with Al-Qaeda’s central command, with the organisation founded by Osama bin Laden who used him as their pointman in the Sahel,” said Mohamed Mokaddem, author of several books on Al-Qaeda.

“In 2001 he hosted a Yemeni envoy from Bin Laden in the region for two months, and he has always boasted of his contacts with Al-Qaeda, harking back to his involvement in jihad in Afghanistan,” he said.

An expert in smuggling and master of the desert, Belmokhtar has forged close ties with important Tuareg tribes, notably by orchestrating marriages into his family.

For years he has furnished fighters in northern Algeria with weapons bought through his smuggling network.

Despite having life and death sentences on his head for several attacks in Algeria, Belmokhtar — nicknamed “The Uncatchable” by French intelligence, has often been reported dead, only to re-appear later.

“This is why he has never accepted that (AQIM leader Abdelmalek) Droukdel, who is wary of him, has chosen other leaders” to command Zone 9, the Sahara, said Mokaddem.

In 2007 Droukdel appointed Algerian Abou Zeid to lead this area.

“To (Belmokhtar) Abou Zeid is just a vulgar smuggler turned jihadist with no legitimacy. He believes Abou Zeid continued trafficking fuel and cars while fighting in the name of Allah and Afghanistan,” Mokaddem said.

“Belmokhtar considers Abou Zeid an ignoramus, a leader without charisma. He feels mistreated by AQIM because, unlike other jihadist leaders in its history, he comes from southern Algeria, and not the north.”

“But with the hostage seizure in In Amenas, he made a grand strike.”

Belmokhtar’s group seized hundreds of Algerian and foreign hostages at a remote desert gas plant, prompting the army to launch a rescue bid which left some of the captives dead.

International criticism has mounted over the haste of the Algerian military assault that a security official said had killed 12 hostages and 18 kidnappers.

“He is making steep demands, trying to save Islamists from a rout in Mali by demanding a halt to French airstrikes. He is acting like a leader amid silence from Droukdel. He has drawn the attention of the entire world,” said Moustapha.

These two experts estimate Belmokhtar’s brigade counts a dozen members made up of mostly Malians and Mauritanians.

“They are few, but battle-hardened, motivated, ready for sacrifice on the orders of their leader, as was shown by what is currently happening at the gas site,” said Moustapha.

“They knew there was little chance of getting out alive.”