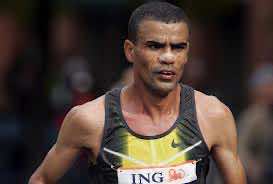 Moroccan runner Abderrahim El Goumri died on Saturday morning following a traffic accident on the road between the cities of Temara and Rabat.

Mohamed Nouri, President of the Committee of Information of Moroccan Federation for Athletics, told MAP news agency that El Goumri “died after a car accident when he was on his way to the city of Rabat.

The deceases was accompanied by Youssef Baba and Youssef Ramzi, both track and field specialists, who were injured and taken to the hospital.

Abderrahim El Goumri, who was 35 years old, was born in the city of Safi (2oo km south of Casablanca).