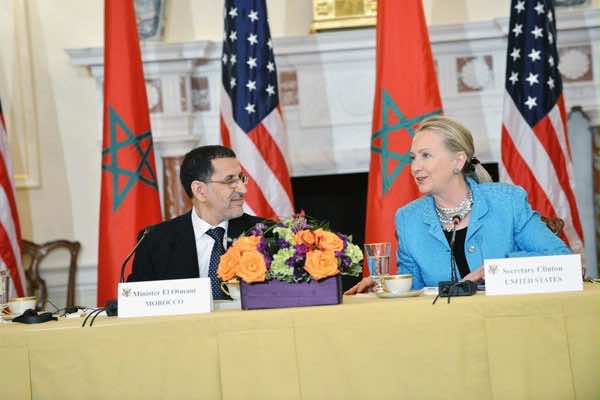 US-Morocco relations are deeply rooted in history. King Mohamed Ben Abdellah was among the first leaders to recognize the independence of the States two centuries ago. In his historical Cairo Speech addressed to the Muslim world, Obama said, “I know, too, that Islam has always been a part of America’s story. The first nation to recognize my country was Morocco.”

By stating so, the president has probably made Morocco’s recognition of American nation as one of the tenets upon which the US can build strong relations with the Muslims in the globe, based on mutual respect and understanding.

Currently, US-Morocco relations have gone beyond historical agreements to strategic alliance. In an article published by Al Akhbar daily, Tarik Atlati, a university professor, highlighted the main features of this strategic alliance in the last few decades.

He noted that US-Morocco relations shifted to a strong strategic dimension during the Cold War. The US allied with Morocco due to the substantial role played by the North African kingdom in the region, through defending the values and universal principles of the free world.

Mr. Atlati added that during the 80’s of the last century, the two countries signed several military agreements.

Amidst political instability and civil wars in Africa in the 90’s, President Clinton once stated that Morocco is a country of a strategic importance in the continent.

The professor stressed that following the terrorist event of September 11, 2001, Morocco was among the first countries to condemn the attack and joined its ally in the war against terrorism. As a consequence, Casablanca witnessed several suicidal operations during which dozens of Moroccans lost their lives.

Morocco is later granted a status of a close ally to the NATO, a status which offers various advantages among which is providing the country with military equipments and services. At the economical level, the two countries signed free trade agreement, as a new approach of the bilateral relations.

Following the fall of some of its allies in MENA region, the US has had to deal with the implications of Arab Spring, including the emergence of new leadership as well as political instability. As a country of the region, Morocco seems to have gone through the process of change without having to lose its political and social stability.

In this regard, Mr. Atlati pointed out that U.S. foreign affairs announced that Morocco is a strategic partner, noting that America is ready to coordinate with both the Moroccan government and people to reach for their democratic aspirations.

In regards to the issue of the Sahara, the professor stated that the U.S. considers Morocco’s autonomy plan to be serious and credible.

Nonetheless, Mr. Atlati added, the U.S.-Morocco relations were distracted for some time in the 70’s following a failed coup d’état that targeted king Hassan II. The aircrafts that participated in the attempt departed from a military air base, located in Kenitra, 35 kilometers away from Rabat, at which Americans served as trainers.

U.S. foreign affairs, however, stressed the existence of strong ties between the two countries, denying any involvement in the aforementioned incident.