Fez - Many people succumb to the massive influence exerted by media today and believe that Islam has come to confine women, ‘confiscate’ their rights and limit their freedom. 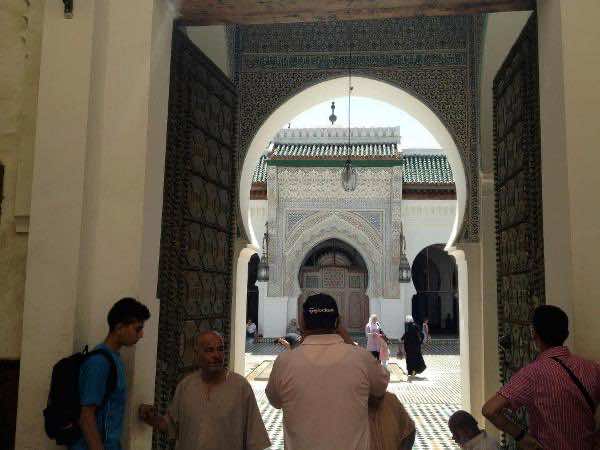 Fez – Many people succumb to the massive influence exerted by media today and believe that Islam has come to confine women, ‘confiscate’ their rights and limit their freedom.

It’s true that some exceptional misogynistic practices developed hither and thither through time but the big blunder that many people make is attributing these practices to Islam. Both the teachings and the history of Islam testify to the fact that women were initiative-takers, outspoken, defenders of the faith, and even fighters in battlefields.

The names to list are legion but it’s enough to mention that the first martyr in Islam was a woman called Soumia Bint Khayyat, the mother of the Prophet’s companion and close friend Ammar Ibn Yasser. Another worth-mentioning heroine is Rofayda Al-Aslamiya who was the first field physician in Islam.

She used to accompany the prophet Mohammed in all his wars, set her tent nearby and heal the wounded. Some women have participated as brave and tenacious fighters (Mujahidat) side by side with men in defense of their faith (Nassiba bint Ka’ab, Um Salim bint Milhan, Um Al-Banin Bint Abdelaziz, Um Nassiba Bint Kaab, etc)

She was among the Arabs who immigrated from AL-Kiraouan in modern Tunisia to the extreme Maghreb (Morocco) and resided in the historic city of Fez. Her family built a big fortune after years of hard commercial work but almost all of them departed before reaping the fruits of their wealth. Her father, her husband and her brother died and left her a great fortune.

Fatima Al-Fihriya was much known for her piety and wisdom and also for her broad religious knowledge. After her bereavement, Fatima decided to invest her wealth in something that would immortalize her name and benefit her society for ages to come.

The project she thought of was to build the first university in the world; in 859 the University of Al-Qarawiyyin was founded in Fez, Morocco and has been and continues to be one of the greatest educational and spiritual centers in Morocco and the Islamic World.

Fatima Al-Fihriya fasted during the construction of the university and promised not to eat before the completion of construction work. What’s special about the story of Al-Qarawiyyin is that Fatima Al-Fihriya insisted that all the materials for construction should be local. Stones and sand were extracted from the land she bought nearby and bricks and roof tiles were made also from the fired clay of the same land.

The University of Al-Qarawiyyin became the first cultural, educational and religious hub in the Islamic civilization. Many students from all over the world set off for the quest of knowledge in Al-Qarawiyyin in which various sciences were taught like Arabic grammar, geography, history, mathematics, logic, medicine, alchemy and chemistry, and astronomy.

Many Western scholars graduated from Al-Qarawiyyin such as Pope Silvester II[1]( 946 – 1003), Nicolas Cleynaerts[2] (1495 – 1542) and Jacobus Golius[3](1596 – 1667). Other well-known scholars who once studied or lectured in the University of Al-Qarawiyyin are the cartographer Mohammed al-Idrisi, the famous traveler Leo Africanus, the historian Ibn Khaldoun, etc.

[1]  He was a prolific scholar, teacher, and Pope. He endorsed and promoted study of Arab/Greco-Roman arithmetic, mathematics, and astronomy, reintroducing to Europe the abacus and armillary sphere, which had been lost to Europe since the end of the Greco-Roman era.

[2] He was a Flemish grammarian and traveler; he was born at Diest, in Brabant.

[3]  He was a Dutch Orientalistand mathematician.