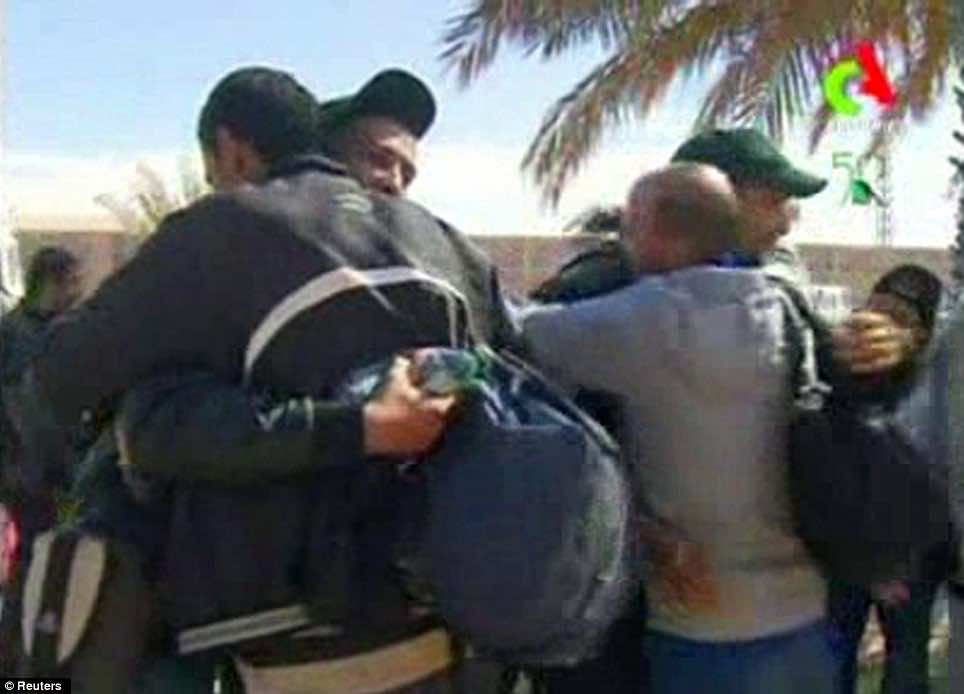 Islamic militants used foreign hostages as human shields to stop Algerian troops aboard helicopters from strafing them with gunfire, a Filipino survivor of the four-day bloodbath recounted Monday.

Father-of-four Joseph Balmaceda said he saw one Japanese hostage draped with explosives, while he and others had their hands bound with cable ties, during the ordeal at the In Amenas gas plant in the Sahara Desert that ended Saturday.

“Whenever government troops tried to use a helicopter to shoot at the enemy, we were used as human shields,” a clearly stressed Balmaceda told reporters shortly after arriving back in Manila.

“We were told to raise our hands. The government forces could not shoot at them as long as we were held hostage.”

Balmaceda, nursing abrasions to his face and a loss of hearing, said he was the only survivor out of nine hostages who were aboard a van that exploded, apparently from C-4 explosives that the militants had rigged to the vehicle.

He said two militants were transferring the nine hostages to the central facility of the gas plant, but the bomb went off during a clash with Algerian security forces.

“The only thing left of the car was the back portion of the Land Cruiser,” said Balmaceda, 42.

“I was the only one who survived because I was sandwiched between two spare tyres. That is why I am still here and can talk to you.”

“But (other) hostage-takers were firing at me. It meant there were other terrorists,” he said.

“So I crawled about 300 metres to where the government forces were. And when I reached them I fainted. When I woke up I was in the hospital.”

The Al-Qaeda-linked “Signatories in Blood” group said it attacked the gas plant in retaliation for a French military operation to evict Islamists from neighbouring Mali.

Most hostages were freed on Thursday in a first Algerian rescue operation, which was initially viewed by foreign governments as hasty, before the focus of public condemnation turned on the jihadists.

Balmaceda said the incident in which the vehicle exploded occurred on the second day of the siege, apparently during the first rescue operation.

The crisis ended on Saturday with a final assault by Algerian troops.

Dozens of foreigners are believed to have died during the siege, although authorities have yet to give a definite figure.

The Philippine government said earlier Monday that six Filipinos had been confirmed killed, and four were missing.