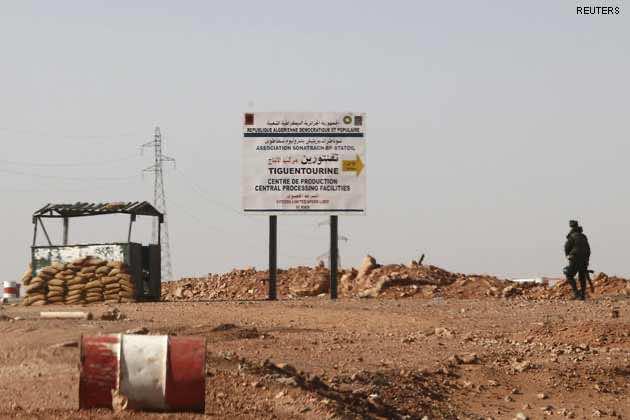 A French nurse caught up in the Algeria hostage crisis revealed on Monday how the fear of being raped and an overwhelming determination “not to submit to terrorists” had ensured she survived.

The nurse, identified only as Muriel, escaped from the gas complex after spending the first day of the siege hidden with three other expatriates in offices that the Islamist gunmen failed to scour.

“Two of us wanted to try and get out; the two others said it was safer to stay,” she told Europe 1 radio.

After hours of agonised indecision, her sceptical colleagues were finally convinced that it was better to die trying to escape than leave their destiny in the hands of fate.

“I told them we had to take our chance. You can’t submit to them, otherwise you are giving in to the terrorists,” Muriel said, explaining how this defiant mindset had enabled her to avoid being paralysed by terror.

“Even with a little act, saying to yourself they are trying to capture me but I won’t let them succeed, you regain your identity,” she said.

“These people were ready to commit any kind of barbaric act but I succeeded in thwarting them.”

Muriel and her colleagues escaped into the desert with the help of a pair of pliers she found in the ambulance on the site and she used to cut a hole in the exterior fence.

But she admitted she had feared the worst in the hours after the plant was seized at dawn on Wednesday in a raid linked to France’s military action in neighbouring Mali.

“I said to myself they cannot find me, I am a women and I am French. With what is happening in Mali they’ll kill me immediately.

“At best I’d get a bullet in the head straight away. At worst, as a woman – well, I don’t need to draw you a picture.

“We stayed hidden in the office for hours, jumping out of our skin at every little noise. Every time we heard someone in the corridor, we said ‘that’s it, the terrorists are coming to get us’.

“It was our good fortune that they didn’t come and search where we were, in a little corner out of the way. But for those left behind it was really awful.”