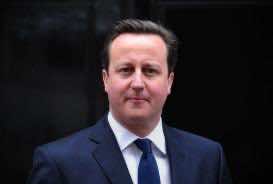 Britain will use its chairmanship of the Group of Eight richest nations to focus on the threat of terrorism following developments in Algeria and Mali, Prime Minister David Cameron said Monday.

Cameron said the “evolving” threat from Al-Qaeda and other jihadists in north Africa required an urgent response, and now outweighed that from previous Islamist hotbeds in Afghanistan and Pakistan.

“I will use our chairmanship of the G8 this year to make sure this issue of terrorism and how we respond to it is right at the top of the agenda where it belongs,” he said in a statement to parliament on the Algeria hostage crisis.

Britain will contribute intelligence and counter-terrorism assets to an “international effort to find and dismantle the network that planned and ordered the brutal assault” on the In Amenas gas field in Algeria, he said.

It will also work closely with the Algerian government to learn lessons from the attack, in which three British nationals were confirmed killed and a further three were believed to have died.

Cameron said Britain was also looking at whether to provide “transport and surveillance assets” to help the French military mission in Mali in addition to the two transport planes it has already contributed.