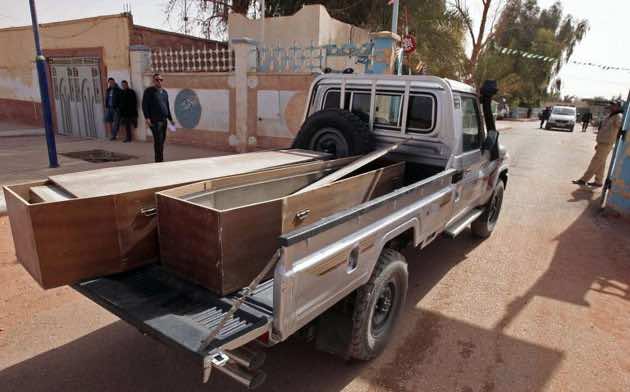 The bodies of two Romanians killed in the Algeria hostage crisis were repatriated Tuesday, the foreign ministry announced.

Family members along with Foreign Minister Titus Corlatean and Algeria’s ambassador to Bucharest Habib Chawky Hamraoui took part in a religious ceremony organised at the Otopeni military airport, near Bucharest, the ministry said.

Following the ceremony, Corlatean briefed the parliamentary foreign affairs commissions on the hostage crisis and the way Romanian authorities managed the situation.

Two Romanians were killed in the crisis at a remote gas plant in the Algerian desert and three others were freed.