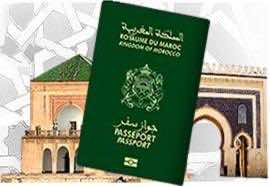 The controversy surrounding Gérard Depardieu’s acquisition of the Russian citizenship and billionaire Thierry Arnaud’s request to Belgium are giving ideas to the “stars” of the show business and of the Cac 40 who want to escape “French tax hell.”

They are used to coming often to Marrakech where dozens of them already own a place, and they would like to know if the Kingdom of Morocco could accept naturalization applications.

According to informed sources in Paris, some of them have contacted Jamel Debbouze and Gad El Maleh, who have the dual citizenship, for advise.

Some lawyers in Casablanca have even received calls from colleagues in Paris to inquire about the conditions for getting the Moroccan nationality and the Moroccan tax system.

Most of those who are interested may even be ready to invest in the country to justify an eventual naturalization.

Everything will depend on the response of the Moroccan authorities, because the issue is highly political.