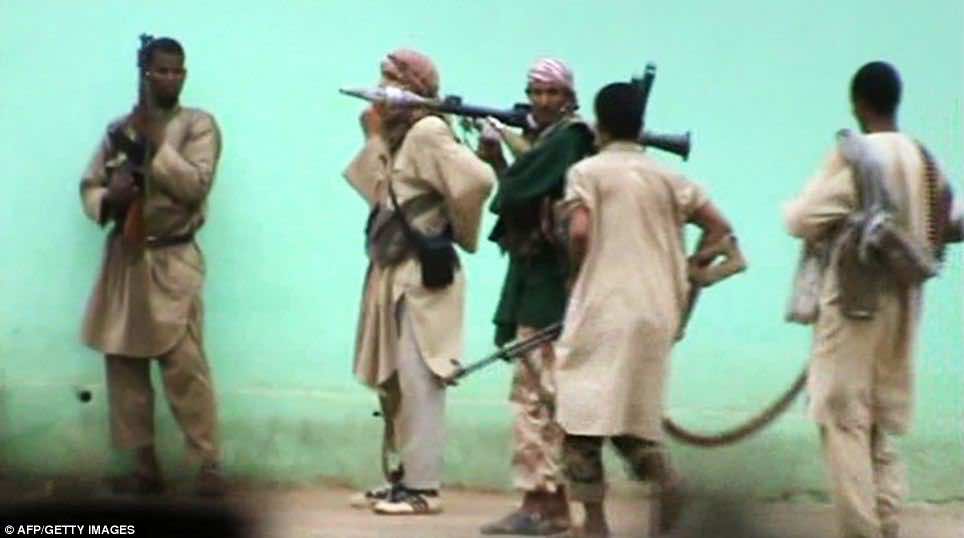 “Still no news about the five missing foreigners,” the source told AFP, after Algerian special forces launched a final assault on Saturday against Islamist gunmen at the remote desert gas plant where they seized hundreds of hostages.

Thirty-seven foreigners of eight different nationalities and an Algerian were killed in the siege by the hostage-takers, who were demanding the release of Islamist prisoners and an end to France’s intervention in Mali.

Announcing the grim body count on Monday, Prime Minister Abdelmalek Sellal did not specify the nationalities of the slain foreigners, and said seven of them remain unidentified, while five foreigners were still missing.

A source close to hardline Islamist groups said the militants, most of whom were thought to have entered Algeria through northern Mali, received logistical aid from Islamists in Libya.

“Logistical support was provided from Libya,” said the source close to hardline Islamist groups in Libya, which has seen a rise in extremism since the fall of Colonel Moamer Kadhafi.

The source did not specify the exact nature of such aid but acknowledged Libyan Islamists were responsible for establishing contacts between the captors and the media.

Harrowing accounts of the siege have emerged, with survivors recalling how fellow hostages were brutally executed, among them citizens of Japan, which grieved on Tuesday over its greatest loss of life at militant hands since 9/11.

A government plane was to leave Japan late Tuesday bound for Algeria. It was expected to return on Thursday with survivors and the bodies of those killed, all of whom were employees or contractors for Japanese engineering firm JGC.

There was blanket media coverage of the news that at least seven Japanese nationals had been killed in the Algerian hostage crisis, with the respected business daily Nikkei describing Japan’s anger as “overwhelming”.

Three other Japanese remained unaccounted for.

Some foreign governments, and Tokyo in particular, initially voiced concern over Algeria’s response to the crisis, which many observers found hasty, but criticism then focused on the Islamist militants behind the hostage crisis.

The government has said special forces managed to free 685 Algerian and 107 foreign hostages, most of them on Thursday, during their first rescue operation.

The In Amenas plant, which is part of a natural-gas industry vital to Algeria’s economy and which is jointly run by three firms including Britain’s BP, was being brought back on stream on Tuesday, according to the security source.

“Work to restart the complex has begun,” the source said, after a demining and clearance operation at the sprawling desert site was completed.

“But we will have to wait for a week before everything returns to normal,” he added, as there were complicated technical procedures involved in resuming gas production.

Algeria’s Energy Minister Youcef Yousfi had said on Sunday that the wet gas plant would restart “in the next two days,” adding the damage caused during the four-day crisis was “not significant”.

Employees not being treated for shock have been called back to the plant to help with restarting it and specialists have also been brought in from other sites, the security source said.