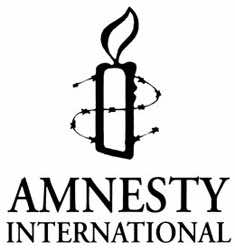 Amnesty called on Tuesday for charges to be dropped against two Tunisians accused of trying to “disrupt public order”
through graffiti drawing.

“Two activists in Tunisia, who face charges in relation to their drawing of graffiti last November, must not be jailed for exercising their freedom of expression,” Amnesty said, adding that their trial was due to begin on Wednesday.

Oussama Bouajila, 25, and Chahine Berrich, 23, face up to five years in prison for “spreading false information with the aim of disrupting the public order” and “defying the state of emergency,” it said in a statement.

The activists were charged in November when they were caught “writing slogans in support of the poor of a university wall” in a city in southeast Tunisia.

“These men should not be penalised for what their graffiti said. It is unjustifiable to threaten them with prison terms simply for peacefully exercising their right to freedom of expression,” said Amnesty’s director for the Middle East and North Africa, Philip Luther.

Tunisia’s Islamist government, which took power after a revolution that toppled Zine El Abidine Ben Ali in 2011, has been accused by international rights groups of seeking to stifle freedom of expression.

It has also been strongly criticised for failing to clamp down on religious extremists.