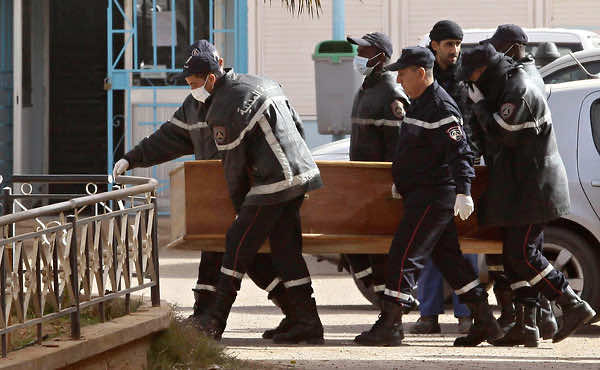 The United States Tuesday declined to criticize Algeria over its raids against “ruthless” Islamist militants to end a hostage drama which ended with 37 foreigners, including three Americans, dead.

Senior officials said they were closely coordinating with Algeria to find out details of the bloody showdown with an Al-Qaeda-linked group and to learn how much they knew about the hostage-taking at various critical stages.

White House spokesman Jay Carney was asked in his daily briefing whether Washington shared earlier criticism and disquiet raised by Japan and Britain over aspects of the Algerian government’s conduct.

“The blame for this tragedy rests with the terrorists who carried it out, and the United States condemns those actions in the strongest possible terms,” Carney said, avoiding a direct answer.

“We will remain in close touch with the government of Algeria to gain a fuller understanding of what took place so that we can work together to prevent tragedies like this in the future,” Carney said.

Carney noted that Algeria had said that the attackers intended to kill all their hostages and blow up the remote gas facility where they were captured, and that Washington was seeking a “fuller picture” of what happened.

State Department spokeswoman Victoria Nuland said that the US government realized that the Algerian government was dealing with a “ruthless terrorist operation” though had repeatedly urged concern for the hostages lives.

She said US officials wanted to find out exactly how Islamist groups seized the facility and “the decisions that the Algerians made in the context of dealing with this brutal attack.”

Senior US officials said last week at the height of the crisis that they were not informed in advance of a raid designed to free the hostages, but declined to criticize the Algerian government in public.

Japan by contrast made clear it was disturbed by the way the ground and air assault had been carried out and a spokesman for David Cameron said the British prime minister would have preferred to have been informed in advance.

Secretary of State Hillary Clinton led US diplomatic efforts on the crisis, repeatedly talking to the government in Algiers.
President Barack Obama did not make a public comment until Sunday, after the crisis had ended, and issued a statement laying the blame for the civilian carnage squarely on the “terrorists” who had seized the gas plant.

Obama also said the attack at the In Amenas facility deep in the Sahara was a reminder of the threat posed by “Al-Qaeda and other violent extremist groups in North Africa.”

Before Saturday’s final raid to end the standoff, US officials had been loath to make expansive comments on the crisis, partly due to a scarcity of intelligence and also in an apparent bid to avoid an adverse reaction from the Algerian government seen here as prickly on sovereignty questions.