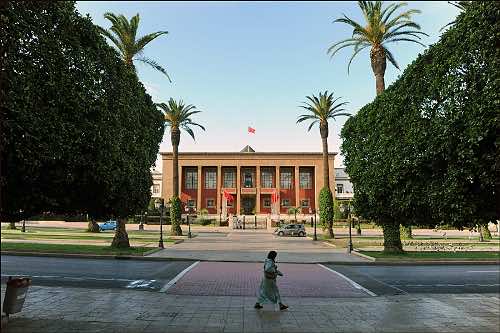 Members of the public and Moroccan politicians recognise the achievements made by the Chamber of Representatives over the past year, but note the challenges ahead.

More than a year after the election of Morocco’s new Chamber of Representatives under the new Constitution, views on its performance remain mixed.

Some feel that Parliament elected in October 2011 is performing much better than in the past, while others believe that MPs are failing to fully exercise all the powers the Morocco constitution grants them.

The parliamentary opposition has said it lacks the working tools it needs to perform its monitoring and legislative duties. Deputies claim that they have not received the support of experts, especially with regard to legislation.

The opposition is also critical about the way the government deals with MPs’ motions and questions.

“Ministers do not reply in due time to questions from MPs, especially those relating to current affairs,” complained Socialist Union of Popular Forces (USFP) Parliamentarian Rachida Benmasoud.

“One notices a certain selectiveness,” she added. “In addition, the answers are tedious, and this has an impact on the work of Parliament. The parliamentary opposition is thus failing to do its job despite having been given more powers.”

Although MPs in the governing coalition acknowledge the lack of working tools, they welcome the improvement in the government’s performance.

“People should stop underestimating the work that MPs do,” said Mohamed Moubdiaa, the head of the Popular Movement.

He noted that MPs now have a greater presence and are more responsible.

The problem of absenteeism, however, has not gone away.

“Deputies should not be judged on their attendance, as an MP can be very useful outside parliament,” said Moubdiaa. “Parliamentarians work a great deal within parliamentary committees.”

The phenomenon is less pronounced in the Chamber of Representatives than it is in other legislatures, said political analyst Charif Joulani, but “it still exists and must be tackled in order to improve the performance of parliament. Absenteeism hurts its image.”

Joulani is critical of what he calls the “marginal” discussions between the opposition and the governing coalition during plenary sessions which are broadcast live on national television.

“The debates and discussions sometimes amount to petty politicking and are of no interest either to parliament or to members of the public. This situation tarnishes the image of Moroccan politics,” he claimed.

He added that young MPs must be given the opportunity to speak out more and set an example to young Moroccans, who need “to have more faith in politics”.

Members of the public have a critical view of parliament.

“The debates which are broadcast live are just as tedious as they used to be,” said 42-year old shop manager Halima Cherrat. “Nothing has changed. But sometimes I enjoy watching the speeches made by female MPs, especially the young ones among them.”

Karim Madani, a 20-year-old law student, commented that MPs must set an example by attending parliament at all times.

“There has been some improvement in comparison with the past, but great efforts need to be made in this area,” he said.