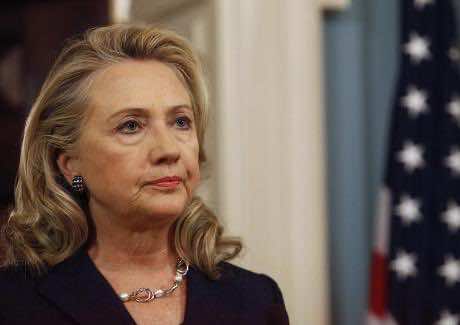 Hillary Clinton will make one of her last major appearances as US secretary of state when she testifies to lawmakers on Wednesday about a deadly militant attack on a US mission in Libya.

Despite keeping a decidedly low profile after a long period of ill health in her final weeks in office, Clinton is keen to draw a line under the deadly September 11 Benghazi assault, which triggered a political storm in the US.

The hearings have also taken on added urgency as Washington reels from an attack on a remote Algerian gas plant in which three Americans were killed.

The two events graphically illustrate warnings already highlighted by Clinton about the dangers posed by extremists — and in particular Al-Qaeda in the Islamic Maghreb — to US and western interests in northern Africa.

Clinton, a former senator for New York, was initially set to testify in December after a scathing inquiry blamed “grossly inadequate” security at the outpost in Benghazi, eastern Libya, for failing to protect staff there.

But she was forced to send in her two deputy secretaries instead when she fell ill with a stomach bug, and later suffered a concussion in a fall, and a blood clot.

Her testimony to two congressional committees will now come on the eve of a Senate hearing to confirm her successor, Senator John Kerry, who is expected to be easily voted in and could take over within days as the top US diplomat.

Clinton is stepping down from office with approval ratings hovering around 65 percent, and already there is a growing clamor among supporters for her to run for president in 2016.

But the Benghazi assault, in which ambassador Chris Stevens and three other Americans died, as well as her month-long absence have marred her final weeks.

Since returning to work in early January, Clinton, 65, has met only a handful of foreign dignitaries at the State Department, and has held few events open to the press. Nor has she been able to get back on a plane for another whistle-stop tour to some far-flung part of the world, effectively grounded after notching up a record-breaking 112 countries.

Wednesday’s appearances at the Senate Foreign Relations committee at 9:00 am (1400 GMT), followed in the afternoon by the House Foreign Affairs committee, will finally give lawmakers, champing at the bit, the chance to grill her about Benghazi.

“It’s been a cover up from the beginning,” Republican Senator John McCain told reporters Tuesday. He added that he wanted to press Clinton on where she was on that night, and what warnings there had been about deteriorating security.

“And if we’re spending money all around the world, giving money away to a lot of countries that don’t like us very much, why aren’t we spending money to guard the Americans that put their lives on the line?”

“Tomorrow, both on the Senate side and on the House side, members of Congress will have a chance to hear what the secretary has to say, but also to ask her any remaining questions that they have on this matter,” she said.

Clinton would also outline the steps taken to meet all 29 recommendations made by an Accountability Review Board she appointed to investigate the attack.

She will “want to make clear the implementation that is set in train, the lessons that we are learning, but that implementation needs to be seen all the way through by her successor,” Nuland added.