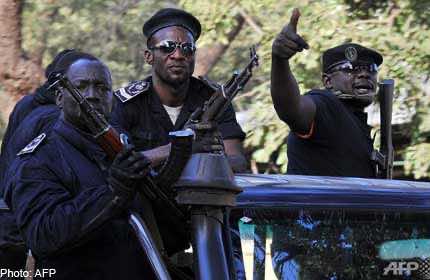 Japan said Wednesday it would close its embassy in Mali because of the worsening security situation in the war-torn country.

“Japan will temporarily close the embassy in Mali due to the worsening security in the country, including in the capital of Bamako. The staff will continue the operation in the embassy in France,” a foreign ministry statement said.

It said embassy staff would move out as soon as preparations were completed, probably around January 27.

The decision came a day after Japan announced that at least seven of its citizens were killed in a hostage crisis in neighbouring Algeria.

The kidnappers said they launched the attack in protest at Algeria’s complicity in a French military campaign against Islamists in Mali.

The French-led offensive in Mali began early in the New Year, 10 months after the government lost over half its territory to Islamists, amid rising fears that the vast north of the country could become a haven for Al-Qaeda.

France has said it could deploy upwards of 2,500 troops, which would eventually hand over control to a proposed African force.

A foreign ministry spokesman in Tokyo, Yutaka Yokoi, said the embassy would close on Wednesday, with all nine staff evacuated within days.

He said the foreign ministry was aware of another 14 Japanese nationals in the country and the government had issued an evacuation advisory, including to those married to Malians.

The Japanese death toll in the Algerian hostage crisis has shaken a country not accustomed to its citizens being made targets abroad.

“In the middle of that the Algerian incident occurred, which further exacerbated the situation. The decision (to close the embassy) was made against this background,” he said.

Mali’s army chief Tuesday said his French-backed forces could reclaim the northern towns of Gao and Timbuktu in a month, as more offers of aid poured in for the offensive.

The operation in the former French colony is gradually taking on a more international dimension, with the US military airlifting French troops and equipment from France into Mali.

Italy said it would send three planes as part of a logistical mission and Britain said it would consider “very positively” any further French requests for logistical and surveillance support.