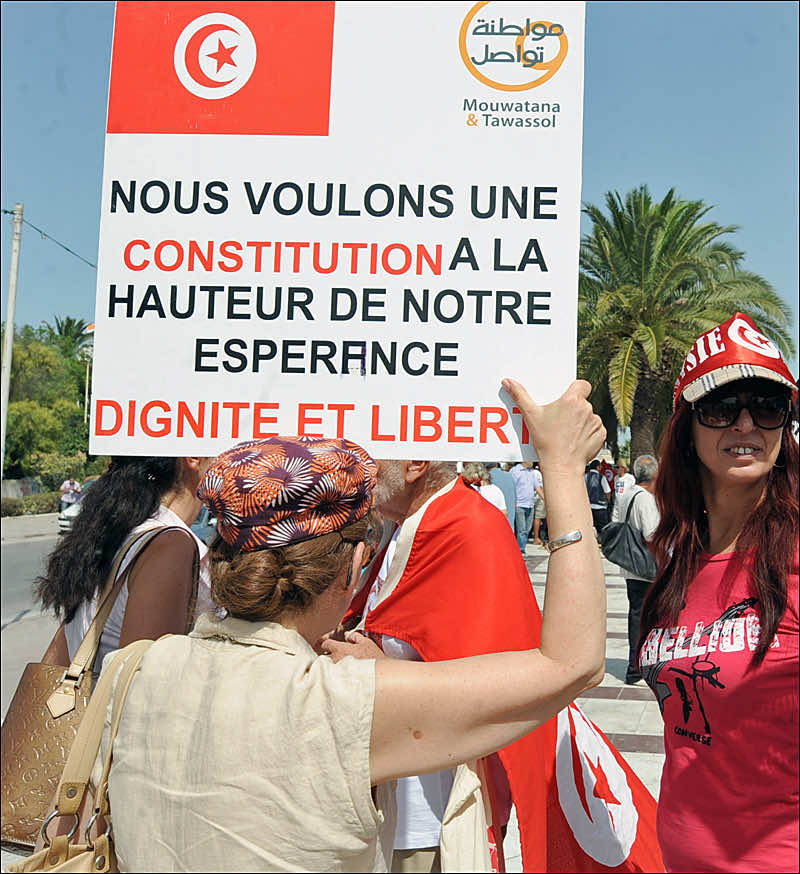 The US-based watchdog said that it wrote urging the interim parliament to “amend those articles of the second draft of the constitution that risk undermining human rights.”

Such articles include “a broad formulation of permissible limitations on rights and freedoms, weak guarantees for the independence of the judiciary, immunity for the head of state, and discrimination based on religion,” it said.

Tunisia’s assembly made the second draft of the new constitution public on December 14, but it is still being negotiated between the Islamist ruling Ennahda party and its allies and the opposition.

HRW said there was “no explicit mention of the international framework of human rights or to ‘universal human rights,’ in contrast to the previous constitution.”

It said this fails to situate rights freedoms “in their universally understood meaning and risks opening the door to divergent interpretations incompatible with universally recognised human rights.”

In its letter, signed by HRW’s Middle East and North Africa executive director Sarah Leah Whitson, the watchdog said immunity accorded to the head of state was excessive.

“While immunity laws are commonplace for elected officials while they hold office, they should be worded so as to exclude lifetime immunity from prosecution for grave human rights abuses and international crimes,” it said.

It also recommended that a “draft provision that discriminates among citizens by requiring that the President of the Republic be a Muslim” be removed as it is a form of discrimination.

On judicial independence, the draft’s “ambiguous formulation” could “lead judges and legislators to ignore Tunisias international obligations on the basis that they contradict the new constitution,” HRW said.