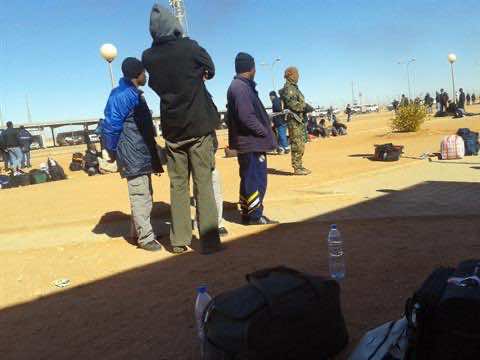 Tokyo on Wednesday said it had confirmed the deaths of two more Japanese in last week’s hostage seige at an Algerian gas plant, taking the country’s total toll to nine, with one still unaccounted for.

Japan on Monday said it knew for certain that seven of its nationals had been killed when Islamist gunmen overran the desert plant, and that three more people were missing.

At a press conference broadcast live on Wednesday night, Suga brought news that the country had been bracing for.

“It truly saddens us to learn that precious human lives were taken away,” he told reporters.

“The use of violence cannot be tolerated for any reason. We firmly condemn acts of terror.”

Suga added that Japan would continue to do its utmost to confirm the fate of the final person.

Seventeen Japanese were at the facility in In Amenas when jihadists struck on Wednesday at the start of a four day siege that left dozens of foreigners dead.