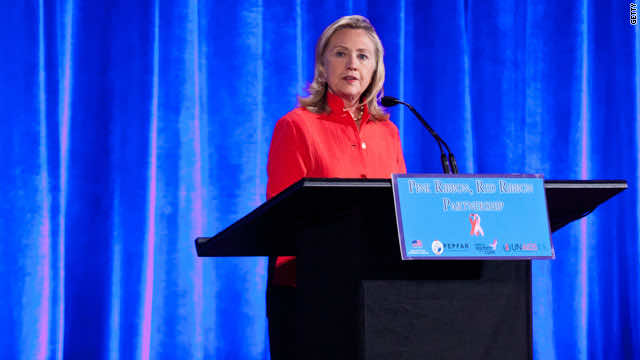 US Secretary of State Hillary Clinton on Wednesday warned of rising militancy in the wake of the Arab Spring, in an emotional and at times heated testimony into the deadly Benghazi attack.

“Benghazi didn’t happen in a vacuum,” Clinton said at the start of a Senate hearing into the September 11 assault on a US mission in eastern Libya.

“The Arab revolutions have scrambled power dynamics and shattered security forces across the region,” she told the Foreign Relations committee called to review the lessons learned from the attack, in which US ambassador Chris Stevens and three other Americans were killed.

The top US diplomat choked back a sob as she described having to call the families with the news that Stevens, and information manager Sean Smith, had been killed, and then watching them come home in flag-draped coffins.

Appearing at her last congressional hearings before she steps down later this month, Clinton reiterated that she took full responsibility for security deficiencies at the mission.

But showing no signs of her long period of ill-health, the top US diplomat angrily defended the US administration of President Barack Obama and ambassador Susan Rice against charges they had sought to cover-up the true events surrounding the attack.

“Nothing could be further from the truth,” Clinton insisted, stressing that in the days afterwards the administration did not have “a full picture yet.”

“With all due respect, the fact is, we had four dead Americans. Was it because of a protest or because of guys out for a walk one night and decided to go kill some Americans?” she said.

“What difference does it make?” she demanded, thumping her fist on the table as Senator Ron Johnson repeatedly asked her why the administration had falsely initially blamed the attack on protests outside the mission.

“It is our job to figure out what happened and do everything we can to prevent it from ever happening again, senator.”

Clinton insisted there was no greater priority than protecting the State Department’s 70,000 staff in 275 posts around the world, saying she had already moved to implement the recommendations of an internal review to boost security.

“This is not just a matter of policy. It’s personal. I stood next to President Obama as the Marines carried those flag-draped caskets off the plane at Andrews” air force base, Clinton told the senators.

“I put my arms around the mothers and fathers, the sisters and brothers, the sons and daughters, and the wives left alone to raise their children.”

She warned lawmakers, however, that US diplomacy could not pull back in face of the new challenges posed by the evolving geopolitical landscape caused by the fall of long-time dictators around the Middle East and North Africa.

“We cannot afford to retreat now. When America is absent, especially from unstable environments, there are consequences. Extremism takes root, our interests suffer, and our security at home is threatened,” she said.

Clinton also highlighted “instability in Mali,” saying it “has created an expanding safe haven for terrorists who look to extend their influence and plot further attacks of the kind we saw just last week in Algeria.”

Despite keeping a low profile after a long period of ill health in her final weeks in office, Clinton is keen to draw a line under the deadly assault, which triggered a political storm in the United States.

The hearings have also taken on added urgency after last week’s attack on a remote Algerian gas plant, in which three more Americans were killed.

Clinton was initially set to testify in December after a scathing inquiry blamed “grossly inadequate” security at the outpost in Benghazi.

But she was forced to send two deputy secretaries instead when she fell ill with a stomach bug. She later suffered a concussion in a fall and a blood clot.

Her testimony now comes on the eve of a Senate hearing to confirm her successor, Senator John Kerry, who is expected to be easily voted in and could take over within days as the top US diplomat.