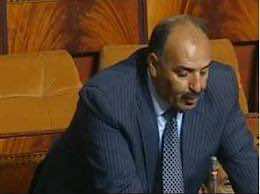 Put away your noise makers and get a refund on that confetti; there is really nothing to celebrate here. Repealing article 475 of the Moroccan penal code is not cause enough to be blasting our trumpet. That law was moronic to begin with, and the fact that it stayed in the books for so many years speaks volumes about a legislator so out of touch and completely oblivious or even cavalier to the double victimization that a rape victim suffers under that cruel law.

I hate to rain on this parade, but how does one celebrate in a country where a member of the parliament is found guilty of rape just to be cleared of all wrong doing by another court. Mr. Hassan Arif, the rapist, is now a free man, and like it or not, your tax money still finds a way into his bank account. He did not get fired nor did he resign. His wage is not being garnished to pay for the 30,000 DH he was ordered to pay when he was found guilty before the auxiliary forces of patronage got on the line, nor is part of his income going to be allocated for child support. Hassan Arif, the rapist, was acquitted and the plaintiff Malika Slimani, was left holding the bag.

It even gets better; Miss Slimani is now roped into a lawsuit that is primarily intended to drain her financially and emotionally so that she is left with no energy to pursue the rape charges and the paternity claim. I am quite convinced that Miss Slimani did not just wake up one day, having had a baby out of wedlock, and decided: “I gotta get me a baby’s daddy”. And if one were to assume that her intention was indeed to frame someone with a pulse, then one has to also admit that Miss Slimani has an insanely poor taste in men. Hassan Arif, the rapist, was brought on rape charges that resulted in a pregnancy which was carried to full term.

DNA results proved beyond the shadow of any doubt that the accused was, in fact, the father and was sentenced to one year prison term. I am not going to get bogged down by the back door dealing that must have taken place to hand a rapist a meager one year sentence. What is really being condemned here is a dysfunctional and a gravely fractured institution of justice.

The Moroccan government has talked a good game about strengthening the institutions of governance especially that of the judicial. Some of us were duped into believing that the infractions that occurred during the years of lead are anachronistic practices and that impartiality and neutrality will be running supreme. Guess what? It was all lip service and I have to admit that I was not fully sold when these lofty pronouncement were made. Call me cynical, but I just did not think that Morocco has mustered adequate political will to move forward. I had so many reservations; I was afraid of the all too common reflexes and sudden hiccups where sinful regimes tend to relapse and slide back. I just did not think that these instances will be this frequent and that blatant.

The Moroccan lady justice, as it turned out, was not completely blind, she was faking it all along. The Moroccan justice system is still operating on the dichotomy of poor and rich, have and have not. People are still being judged based on the amount of power and resources they possess. The problem here runs deeper than just a court case where one party ended up with the short end of the stick. This is reflective of malignant force that is hard at work to nurture and environment sharper social and economic disparities.

In this day and age where DNA can’t possibly be contested, a Moroccan judge, another public servant, threw out the finding of the first court and the parliamentarian was set free.

Why is no one mentioning the judge name? That’s a person of interest; he is an accomplice in his travesty and he needs to be named and shamed. Why are women organizations not jumping by the side of their seats? Where is the outrage? What has to happen before some of these smug, pompous women’s organization press on with some gender politics and call this guy to task? How is it possible to throw out DNA evidence? Is the Maury Povich show delivering better justice than the Moroccan court?