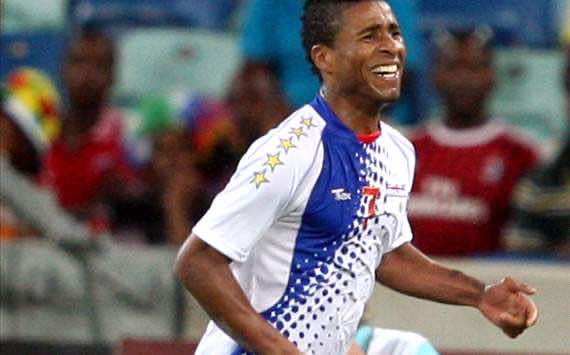 The Afcon newcomers registered a draw against the north Africans in Group A’s second encounter.

Morocco and Cape Verde clashed in 2013 Africa Cup of Nations action on Wednesday night in Durban, and it was the Islanders who took the initiative through Luis Platini, before Youssef El Arabi equalised to make it 1-1.

The Atlas Lions began the game with a cautious approach, as Cape Verde came out of the blocks looking confident and aiming to score an early goal.

In the 10th minute Morocco showed what they were capable of, as Abderrahim Chakir unleashed a dipping low drive from long distance which nearly found the bottom corner, but Vozinha got across his goal quickly to parry the effort.

In the 22nd minute Ryan Mendes took a well-struck free kick, hitting it low under the wall, but Moroccan keeper Lamyaghri was equal to the task, parrying the ball wide and away from danger.

Wydad Casablanca keeper Lamyaghri was kept very busy, and even though he made a number of world-class saves, it seemed inevitable that Cape Verde would find the breakthrough, and that they did, as Ryan Mendes dispatched an incisive through pass and Platini chipped it over the advancing keeper.

That goal was Cape Verde’s first in the Afcon, and the Moroccan expressions seemed stunned as they picked themselves up to continue with the encounter. The first half came to a close with the score at 1-0 in favour of the Islanders.

The Moses Mabhida Stadium crowd welcomed the players back onto the pitch for the second half, and it was Morocco who seemed most determined to create a goalscoring chance, pushing forward with intent. Cape Verde soon re-established their hold on the match, and their attacks pinned the Atlas Lions back.

In the 68th minute the Moroccans sent in a dangerous cross, but the Cape Verde keeper was not to be fooled, and his timing secured a comfortable catch. The north Africans continued to push forward and pressure the opposition, but Cape Verde’s defence held strong.

A few minutes later El Arabi burst through on goal, but a phenomenal tackle from Varela cleared the danger, with the defender as composed as a veteran while taking care of the situation.

In the 78th minute Morocco found the equaliser that they were pushing for, as Abdelaziz cut the ball in for El Arabi who made no mistake in converting past Vozinha from inside the area.

A few minutes later Cape Verde almost regained the lead, but the Moroccan keeper had other ideas, and Heldon’s effort was palmed away from the target. Three minutes before full time Kamel Chafni unleashed a left-footed strike from outside the area, but his effort sailed just over the bar.

After five minutes of extra time, the match ended 1-1, with both teams claiming a point from the entertaining match. Cape Verde and Morocco find themselves on two points in Group A, while South Africa top the standings with four and Angola have only a single point.