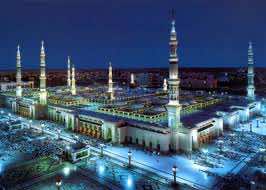 Like many Muslim countries, the Moroccan people celebrate the birth of the Prophet Mohammad (Peace be upon him) on January 24. This celebration is known by different names in the Islamic world. In Morocco, it’s called “Eid Al Mouloud,” or simply “Al Mouloud.” It is an occasion when Moroccans show their devotion to their faith, a spiritual day to recall the ideals of Islam and recite poems dedicated to the Prophet, though some of the cultural conventions surrounding this holiday have little to do with Islam.

On January 24, when walking past a mosque, spiritually uplifting recitations of the holy Quran can be heard. People exchange visits and organize religious parties at which “Al Mouloudiate,” a series of long poems eulogising and praising the Prophet Mohammad are recited. The most famous poem is “Al Burdah” by Sheikh Al Bussiri.

In early morning, men will walk together to the graveyard singing “Al Burdah” and women will warble “you-yous” when the men pass by. In the evening, the sound of the Attalba reading the Quran and reciting hymns glorifying God can be heard coming from houses, along with the fragrant odor of incense and sandal wood. The Attalba are religious people who memorize the Quran and master the Islamic legislature. They read and recite until dinner, traditionally couscous, is served.

The city of Salé, on the Bou Regreg estuary, holds a lantern procession on Al Mouloud called Dor Eshamaa. In Meknes, in the square of Saint Sheikh Al Kamel, the celebration on this day takes a barbaric turn. Men and women engage in wild dances using knives to strike their foreheads and eat hot embers and drink boiling water.

The dancers, who wear white, see themselves in an ecstatic state of joy. Visitors must wear white in order to participate or risk receiving violent treatment. Wearing black or red is considered an offense and those who do may have their clothes torn. Perhaps the strangest aspect of this ceremony is the custom of the infirm laying at the gate of the shrine in order for the the “Aisawa,” followers of the Saint, to heal them by walking on their backs.

In Tazarine, Al Mouloud is considered an important and dignified day. In the early morning, readings of the holy Quran can be heard from a distance. Men dress in white, and exchange smiles and expressions of courtesy. The day of “Tazlaft,” when couscous is served, is the busiest day with loud music from tambourines. It is believed that, thanks to Saint Sidi Amrou, a dish of couscous twice as wide as the width of the door, can be passed through the door. Tradition says that anyone who looks while the miracle takes place will be struck blind.

On Al Mouloud, the sacred coexists with the profane. In Meknes, for example, at the same time as some are engaged in the pagan ritual of ecstatic dancing others are inside mosques reading the Quran or studying the Prophet’s biography. The decadent and barbarous practices should be done away with, and efforts should be made to preserve only those traditions dedicated to celebrating the Prophet.