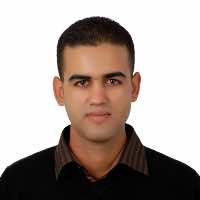 Meknes – Religion and globalization persistently engage in a flexible relationship in which the former relies on the latter in order to thrive and flourish while at the same time challenging its (globalization’s) hybridizing effects.

Globalization–due to the advent of communication and transportation technology and the roles played by the media–has contributed to the deterritorialization and the blurring of geographical spaces and boundaries. This has resulted apparently in making the world a small village where people, cultures, and identities come in daily face-to-face contact with each other.

Undoubtedly, religion is not immune from these changes and their burgeoning effects brought about by globalisation. However, religions still have their respective homes in specific territorial spaces where they originally appeared and where their respective shrines exist.

The inner nature of religions and the purpose to be embraced and practiced by people all over the world prompts it to spread throughout all the world’s geographical spaces. In order to emerge and spread, therefore, religions make good use of the technologies of globalisation. Having geographical boundaries and frontiers blurred and dissolved, religions find it easy to spread and reach every part of the world.

Since globalisation, according to many scholars, is aimed at the hybridisation of the world cultures around the pattern of the Western culture; and since it entails liberal values and norms, religion (particularly Islam) constitutes a challenge to it. This is because Islam’s norms and values are incompatible with the liberal values of globalisation.

Globalization has played a tremendous role in providing a context for the current considerable revival and the resurgence of religion. Today, most religions are not relegated to the few countries where they began. Religions have, in fact, spread and scattered on a global scale. Thanks to globalisation, religions have found a fertile milieu to spread and thrive. As Jan Aart Scholte makes clear:

“Accelerated globalization of recent times has enabled co-religionists across the planet to have greater direct contact with one another. Global communications, global organizations, global finance and the like have allowed ideas of the transworld Umma of Muslims and the universal Christian church to be given concrete shape as never before.”[1]

Information technologies, transportation means, and the media are deemed important means on which religionists rely in the dissemination of their religious ideas. For instance, countless websites providing information about religions have been created. This makes pieces of information and explanations about different religions readily at the disposal of any person regardless of his or her geographical location. In addition, the internet allows people to contact each other worldwide and therefore hold forums and debates that allow religious ideas to spread.

Furthermore, the media plays the same important role in the dissemination of religious ideas. In this respect, a lot of TV channels, radio stations and print media are founded solely for advocating religions. Taking Islam as an example, we find such T.V channels as Iqrae, Ennass, Majd, El Houda, Erahma, etc. as purely religious channels created for the strengthening and the fortification of Islam.

Transportation means– as a technology of globalisation as well–have contributed considerably to the emergence, revivalism and fortification of religion. In this respect, Turner, S. Bryan states that the “Islamic revivalism in Asia is related to the improvement in transportation that has allowed many Muslims to travel to Mecca, and return with reformist ideas.”[2] Globalisation technologies, therefore, have helped religions of different forms i.e., fundamentalist, moderate, etc. to cross geographical boundaries and be present everywhere.

Thanks to globalisation, religion or faith has gained considerable significance and importance as a non-territorial touchstone of identity[3]. Being a source of identity and pride, religion is being always promoted by its practitioners to reach the level of globality and be embraced by as many people as possible.

Muslims, for instance, aspire to establish the Islamic Umma, a community of believers. Having paved the way for religions to come in contact with each other and provided a context for their flourishing and thriving, globalisation has brought such religions to a circle of competition and conflicts. As Turner, S. Bryan explains,

globalization transforms the generic ‘religion’ into a world-system of competing and conflicting religions. This process of institutional specialization has transformed local, diverse and fragmented cultural practices into recognizable systems of religion. Globalization has therefore had the paradoxical effect of making religions (via their religious leaders and clites) more self-conscious of themselves as being ‘world religions[4].

Such conflicts among the world religions exhibit a solid proof confirming the erosion and the failure of hybridity. Globalization, as stated in the above excerpt, makes religions more conscious of themselves as being ‘world religions’ reinforcing their respective specific identities. These identities get strengthened by globalization and cannot in any way intermingle or hybridize.

Since religions have distinct internal structures, their connections to different cultures and their inclusion of different worshiping ways and practices, as the case with Islam and Christianity, contradict and are mostly incompatible with each other, such religions cannot become hybridized or homogenized, as it is claimed, though they always come in contact.

Such religions tend, as a result, to be more inclined towards clashes and competition. Since globalization is said to bring the world cultures, identities, and religions in direct contacts with each other and make everything hybrid, the competition and conflicts of religions that it gives rise to constitute a challenge to it and its hybridizing effects.

Though religion is strengthened and fortified by globalization, it represents a challenge to its (globalization’s) hybridizing effects. Religion seeks to assert its identity in the light of globalization. As a result, different religious identities come to the fore and assert themselves.

Globalization is associated, as an American or a Western project, with westernisation and Americanization. The dominance and hegemony exerted by these two processes, particularly on the Third World countries, makes religions-related cultures and identities take defensive measures to protect themselves. In this respect, Islam takes caution and resists the encroachment of globalization forces on its cultures and livelihoods in many ways.

Islam cannot contribute to the hybridizing consequences of globalization not only because it is always resistant to and defiant of globalization but also because the Islamic culture and identity in general are incompatible with the norms and the values that are related to globalization and to other distinct religions (such as Christianity, Judaism, etc).

It can be said that the anti-rationalist qualities ascribed to religion can be the characteristics of fundamentalist and extremist forms of religion. We cannot consider religion as anti-rationalist since many religious people reconcile reason and faith and make moderate trends within their religions.

Nevertheless, globalization’s strict rationalism manifested in such phenomena as liberalism and secularism can be incompatible with the norms and the values of certain religions such as Islam.

Islamic norms and values contradict those advocated by globalization. As Anoushiravan Ehteshami points out, “Globalization is not only seen as a rival of Islamic ways, but also as an alien force divorced from Muslim realities. Stressing the negative impact of the loose morals of Western life is a daily feature of airwaves in the Middle East.”[7]

For Muslims, globalization is a source of the loose Western morals, according to the writer. The imperialist aspirations of globalization and its incompatibility with Islam make the former completely alien to the Muslim realities. In this respect, the leading Islamic scholar, Salim Al-Awwa, maintains, as paraphrased by Ehteshami, that globalization is an invasion.

Since it is a cultural construct at its heart and its meaning is the Western discourse, Al-Awwa adds, promoting and engaging with it on the part of Muslims is like accepting and promoting Western cultural values and their dominance.[8]

Al-Awwa’s conception derives from his fear of the challenge that is exceedingly exerted by globalisation on religion. This conception seems, in fact, short-sighted since religious identities have to be pursued through globalisation technologies for their assertions and fortification.

The idea of de-hybridizing effects of religion is approved also by Samuel Huntington Clash Theory which maintains that such de-hybridising upshots spring also from the religious partitioning and clashes.[9]

[9] Samuel P. Huntington, The Clash of Civilizations and The Remaking of World Order, London: The Free Press, 1996.

Monaim El Azzouzi holds a Master degree in English Language and literature and is a Ph.D student specializing in Amazigh linguistics