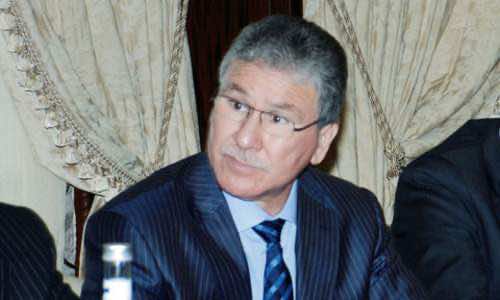 Leishmaniasis is a disease caused by a parasite that is transmitted by the bite of certain species of sand fly. Most forms of the disease are transmissible only from animals, namely dogs and rats but some can be spread between humans.

In a reply to a parliamentary question raised by the RNI (Rally of National Independents) parliamentary group during a parliamentary session, the minister of health gave ample information about the types of Leishmaniasis spread in Morocco.

Indeed, Leishmaniasis can be divided into two clinical syndromes according to what part of the body is affected most.
In visceral Leishmaniasis the parasite affects the organs of the body. Infections from India, Bangladesh, Nepal, Sudan, Ethiopia, and Brazil account for 90% of cases of VL.

Cutaneous Leishmaniasis is the most common form of Leishmaniasis and, as the name implies, the skin is the predominate site of infection.

The minister of health pointed out that latter form is widely spread on Morocco. Indeed, a large number of epidemic cases have been recorded in the Southern provinces, as well as in the East of the Atlas Mountains from Tata to the Eastern borders, across the valleys of Daraa, Griss and Ziz.

On the other hand, some sporadic cases of visceral Leishmaniasis were spotted in the regions contiguous to the Rif Mountains in Northern Eastern Morocco.

Sounding a reassuring tone, the minister of health asserted that the rise in cases of some diseases like meningitis and tuberculosis remains under control and should not be a principal source for suffering and death.

Mr. Al Wardi admitted, however, that many diseases, such as tuberculosis, AIDS, Meningitis, Leishmaniasis, Chronic Respiratory Inflammation and Hepatitis are on a steep rise despite all the efforts to prevent their expansion. These diseases remain a source of concern despite all the prevention and eradication campaigns launched by the ministry.

As for tuberculosis, the minister of health pinpointed that 70% of tuberculosis cases were recorded in the suburbs of urban areas, notably those with high population density and precarious infrastructure.

Concerning meningitis, the ministry launched a new strategy that aims to decrease the meningitis death rate to less than 6% by 2016 before the production of more effective anti-meningitis vaccine.

Meningitis is a bacterial infection of the membranes covering the brain and spinal cord. The most common causes of meningitis are viral infections that usually get better without treatment. However, bacterial meningitis infections are extremely serious, and may result in death or brain damage, even if treated.