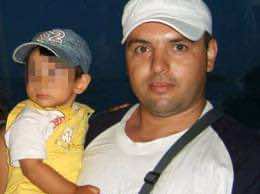 Two Romanians killed in the bloody Algeria hostage drama were buried in emotion-filled ceremonies in their hometowns on Thursday.

Ionut Tiberiu Costache, a 36-year-old engineer at the In Amenas site which was attacked by Islamist militants last week, was buried in the cemetery in Barcanesti, north of Bucharest.

“Ionut Tiberiu’s death was an event which shook not only his family but the whole country, as if it were an earthquake,” said one of the priests at the religious service attended by about 200  mourners.

The victim “had left his home in order to become a pillar for his family and bring it its daily bread,” he added.

Costache’s pregnant wife was among the mourners.

Around three million Romanians have emigrated from the European Union’s second poorest country in search of better paid jobs.

The second Romanian killed in Algeria, Mihail Bucur, 40, was buried in Ploiesti, which also lies north of Bucharest.

Three other Romanians managed to flee the besieged gas plant and returned home safely. Algeria has said at least 37 foreign hostages were killed.