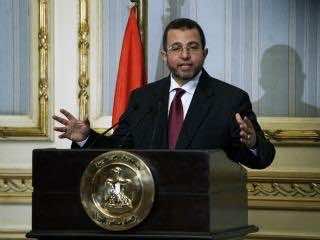 Egyptian Prime Minister Hisham Qandil said on Thursday he was hopeful of finalising within weeks a deal with the International Monetary Fund on a $4.8-billion loan.

Qandil said he had met IMF chief Christine Lagarde at the World Economic Forum in Davos and that a team from the Washington-based lender was expected in Egypt within the next two weeks.

“I met Madame Lagarde this afternoon, we are in continuous engagement with the IMF,” he told reporters at the annual meeting of political and business leaders in the Swiss ski resort.

“We were talking about having a visit from the IMF within the coming two weeks to finalise the agreement” on the loan.

He said that the IMF visit was a “good signal” both in terms of the likelihood of getting the loan but also as a sign of confidence in the Egyptian economy.

The prime minister said Egypt was approaching the end of its political transition two years after the overthrow of Hosni Mubarak but said that “big time” the economy still needed work.

Egypt’s fragile government is battling a raft of political and social problems and the loan is seen by many in the country as a prerequisite for its recovery.