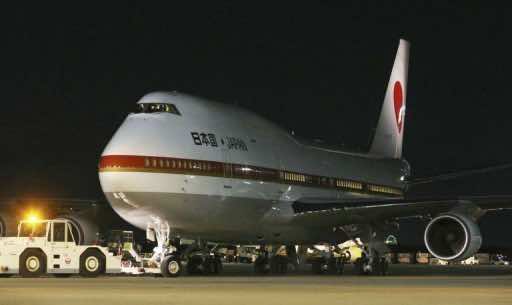 A shell-shocked country was Friday readying to welcome home the seven Japanese survivors of the Algerian hostage crisis on a plane that was also carrying nine of its ten dead citizens.

Anxious relatives awaited those who made it out of the In Amenas complex alive, amid a renewed national awareness of the perils of doing business in resource-rich, but unstable parts of the world.

Tokyo on Thursday said it had now accounted for all ten men who had been out of contact since Islamist gunmen stormed the desert gas plant over a week ago.

Dozens of foreigners were killed during a four-day standoff that ended in a bloody showdown with Algerian commandos on Saturday, with reports of summary executions.

Japan’s body count of 10 is the highest of any nation whose citizens were caught up in the crisis in the Sahara and an unusual taste of Jihadist anger for a country that has remained far from US-led wars in the Muslim world.

The plane left Algeria on Thursday, stopping in Frankfurt before heading to Tokyo’s Haneda airport, where it was expected to arrive around 7:00am (2200 GMT Thursday).

As the aircraft left north Africa, mourners had paid their respects to lost colleagues at a makeshift altar at the headquarters of plant-builder JGC, which employed — directly or indirectly — all the Japanese who died.

A steady stream of visitors dressed in black solemnly bowed to a Buddhist cenotaph, as they urged departed souls to find peace.

An elegantly handwritten prayer for those who lost their lives was inscribed on a wooden tablet, around which lay bouquets of white flowers.

The loss of so many colleagues is a heavy blow to JGC in a country where corporate communities are close-knit and company loyalties remain strong.

Media reported Thursday that the tenth Japanese victim of the Islamist gunmen’s rampage was Tadanori Aratani, 66, a former vice president of JGC and lately its supreme adviser.

The government has so far refused to identify those who died, although newspapers and broadcasters have told the stories of some victims, including heart-wrenching tales of never-to-be-realised plans for family celebrations.

Broadcaster NHK spoke to the sobbing elderly mother of one man struggling to come to terms with the loss of her son less than two years after the March 2011 tsunami swept her husband to his death.

At least 37 foreign hostages were killed in the siege according to a preliminary death toll, as well as one Algerian hostage. Several people are still missing and some bodies have not yet been identified.