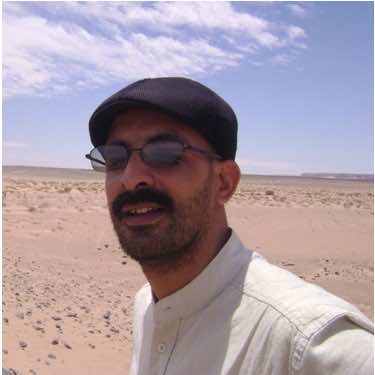 After some 110 years of walking upon the ground, cultivating the earth and eating from its vegetables and blessings, here he left us to the womb of the earth that was feeding him and us.

My mother called him some five days before he died and while joking with him, she wanted to see if he still remembers the day she gave him a game of a soldier. That was some 20 years ago. He laughed and said: Yes I do, but now I am the soldier who finished his services and duties. The man was talking about another service and another duty. The mission of man in life. He was talking about his coming end of services and retirement from life.

Before, his death, my grandfather had witnessed the death of his son only two weeks before. My uncle died on the first Sunday of January 2013. When he got up, he had his breakfast and told his wife ‘please forgive me.’
She asked him “why do you say this?’ His answer was: ‘Because I am opening the door for my soul to leave.’ This was his last sentence before he died.

Celebrating the birth of our prophet Peace Be Upon Him should be an occasion to think about our death and about our services and our mission in this world before it is too late. We can know when the baby can come, what day and what week and what month, but we can never know about the time of our death.

The more we think about life, the more we should think about death so as to achieve the spiritual balance and the material equilibrium. The world we live in is a wild world where humans are showing their teeth to drink their brethrens’ meat, exploit their minds and bodies and drink their blood. The name of wars change and its objectives are the same: Decimating those who are not like us, those who do not want to be our copies and those who threatens our political, economic, religious, and cultural identities.

Soon, our services will come to their end. Being aware of this will be our driving force to be good and fight evil and the badness within us. Studying history and the stories of kings, kingdoms and republics since the beginning of the history is the only justification that nothing will last forever. That is why we should think about what we will take with us and all the things we will leave behind.

My uncle opened the door for his soul to leave, and so we will all do sooner or later. My grandfather retired yesterday from the job of life and soon we will do the same. The prophet was born to die and all other prophets were born to die and they died so that we would be born. Why hating each other and why killing one another? Isn’t it time to stop this human butchery and human bloodshed on the name of democracy, civilization, and peace?

God bless all the dead and help all the alive to think about their death before they die and to stop killing each other before their death call arrives. Long live peace, brotherhood and love. We are all from God and into him is our return.