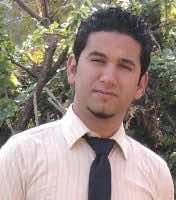 Nothing is buoyant, the general frame of mind does not bode well, and the faces of people in the streets are marked by sadness, worry and anguish. People live a life of routine where nothing changes except price inflation. Most Moroccans wait for the end of the month to spend their monthly salary on the same things and start the misery sequence the next day they receive it waiting for the following one.

This is the case of those who work in Morocco. In this country, we have not yet reached the unified community; nothing prevails but the sense of self. The strong takes what he wants using power and the poor heals the gash saying it is God’s will. No one thinks about the duty towards the other.

Officials are inaccessible in their air-conditioned classy offices. They never worry about tomorrow because the wealth they hold exempts them from every peril or retribution that might come upon them. Whereas, the ordinary citizen is weary – encountering problems and misery.

I do not understand a country where there are those who earn millions a month and those who can not secure food for the table. A country where you can find bank account balances’ for millions that belong to people who prefer to get rich quickly at the expense of the blood of the poor. The poor masses resort to crime and prostitution among other jobs, at least as they believe.

I can not believe that in my country there are those wealthy individuals who have all their rights just because they are rich. While, the poor struggle to have a life.

Schools do not give an education of quality nor create sophisticated students, hospitals are unsafe, buses are neither appreciated nor decorous, and even the police that are supposed to shield the citizens are the first to insult them.

As a matter of fact, there is no room for optimism as long as we live in a state where the self is the only thing people are concerned with; and as long as the individual is humiliated and suffering to have the rights that they ought to have as citizens of a country meant to be democratic. It is the country that prioritizes human rights as they claim and as written in the constitution and laws. Moroccans no longer have faith in the country.

Take, for example, Egypt. Egyptians have lived in marginalization, poverty and tyranny of all types, some of them take graveyards as dwellings, and beans to shut out hunger, not to mention the arrests and abuses that affect the owners of free opinion, anti-thought and ideological discourse practitioners.

It has always been a miserable reality; however, you find them proud of their country, their Pharaonic civilization, and everything that indicates the spirit of citizenship. You find artists who composed and sang for Egypt, painters drawing the pyramids and politicians who never stop expressing how proud they are of their country.

I can not deny that hearing such things hurts so much inside. As I share with my fellow Moroccans the same bitterness and the same pain. Youth are tired of unemployment.

Some of them chose to risk their lives on boats heading to Europe, sailing in uncertainty and hope. They prefer to have their coffin underwater and their shroud in boats. Young Moroccans most of the time lose the identity between the gills of the blue whales, where others resort to prostitution and addiction to rip themselves out of the shocking traumatic reality they live in.

How can we secure the future of the Moroccan nation where injustice and mortification reigns? How a human being can have the peace of soul knowing that odium overwhelms the hearts all around? What is the pact that binds Moroccans today?

Anyone who looks at the reality of our beloved country finds nothing to say but, “as long as in Morocco do not be surprised!” a very common catchphrase Moroccans repeat every day. The thing that makes me wonder is if all contradictions, crises and abnormal phenomena at socio-cultural, political and economic levels a unique case, or we are but an exception in the Arab world? And what is the guilt of Morocco in all that we live, in regards to social, economic and political tragedies?

Moroccans have not yet pictured the concept of the state in their mind. They continue to live although the stiff circumstances that make their hearts beat in agony, forced to survive in this crushing context, hoping that one day they will live as they always, desperately, aspired.

However, Morocco is a country of peace and coexistence despite the lapses of some unscrupulous figures that have put the country in decay, marginalization and social exclusion, lobbies that endorse a corrupt colorless conscience as well.

Let us leave this country to enjoy security and stability, Morocco is innocent of the actions of corrupt officials…

My country is identified by chivalry, honor and dignity. I will say it out loud “Moroccan and proud.”